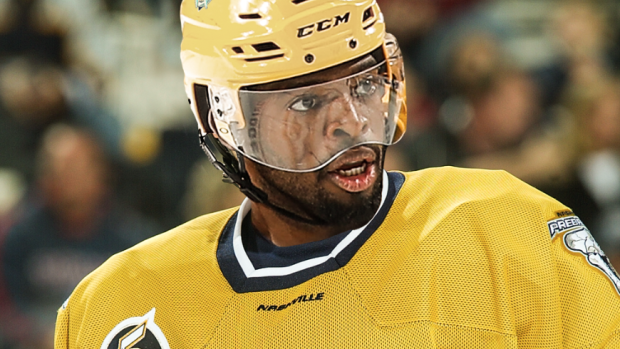 Last week the Vancouver Canucks opened a poll to their fans to let them vote on which retro logo and jersey the team should bring back as a third jersey for the 2019-20 season. As a result of the fan poll the team revealed earlier this week that they’ll be bringing back the skate design they rocked from 1985/86-1996/97.

With the Canucks following in both the Anaheim Ducks and Arizona Coyotes’ footsteps by bringing back a classic look as the team’s third jersey, we decided to see what it would be like if some other NHL teams decided to bring back some of their old looks.  Enjoy Part 2 of current NHL players in retro jerseys and check out Part 1 here! 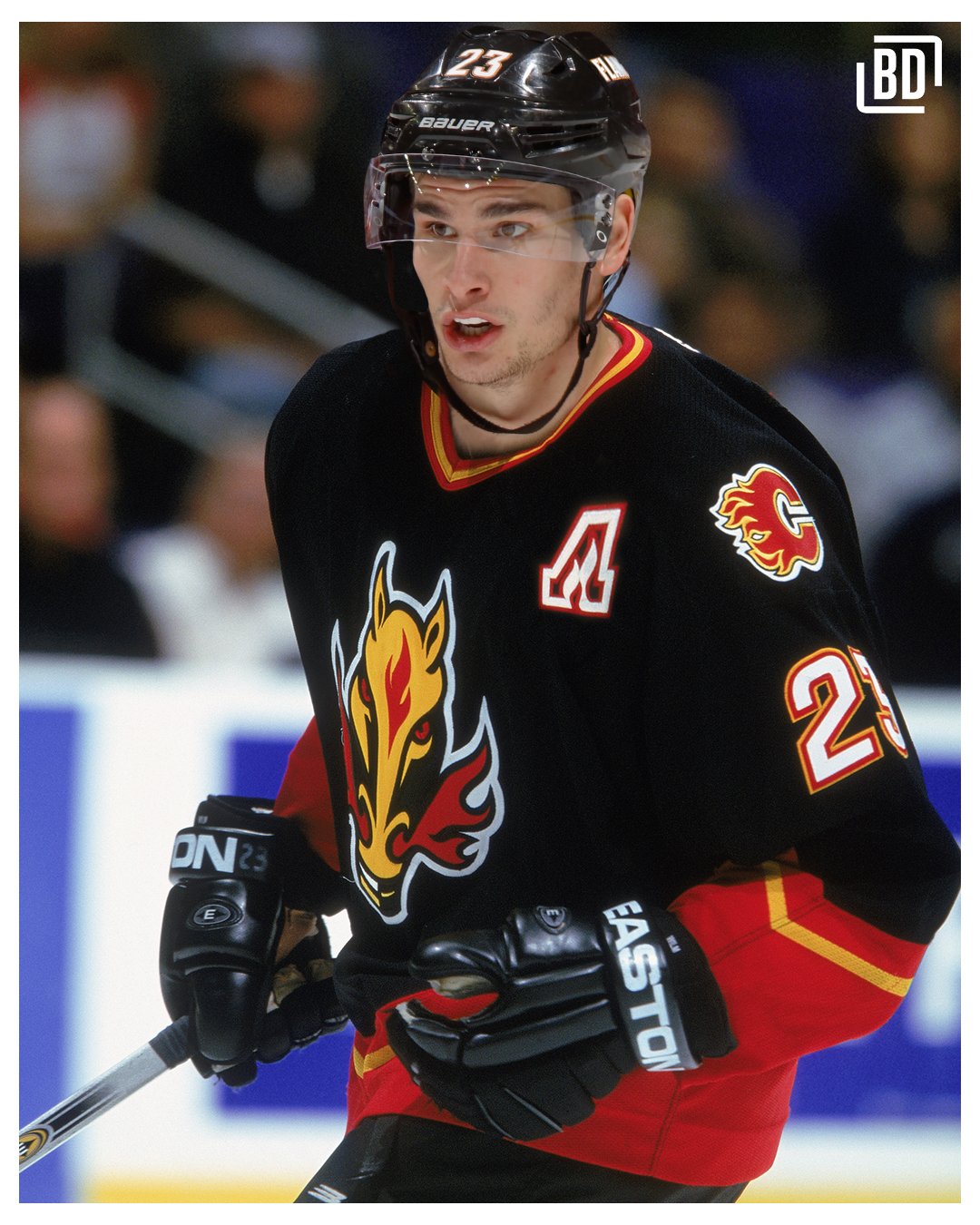 It was a perfect mix of the Calgary Stampede and the Calgary Flames and one that made them look tough when they were beating up on teams. 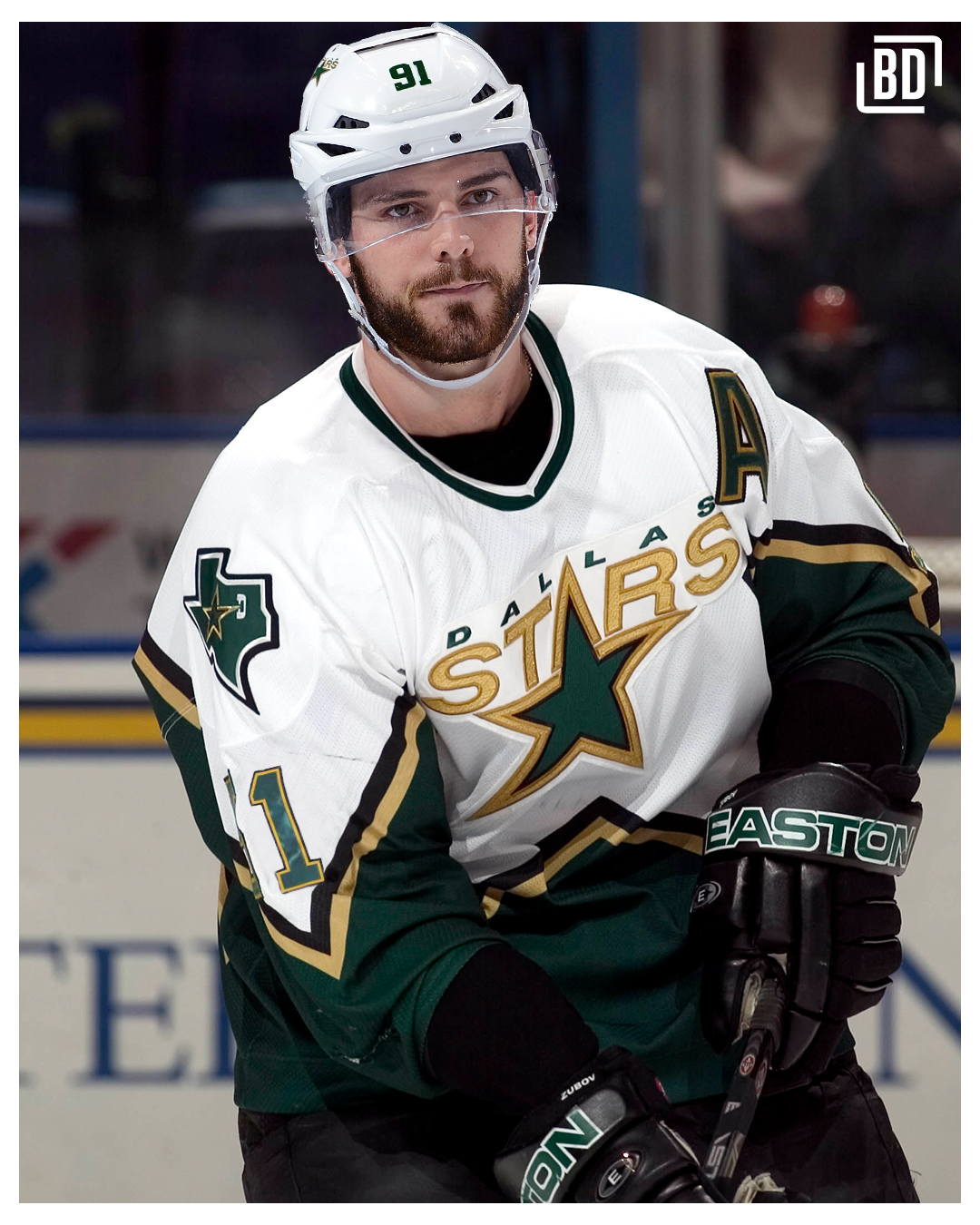 The Dallas Stars’ decision to change their logo and jerseys a few years ago took a lot of hockey fans by surprise. Sure, Dallas isn’t exactly thought of as a hockey market, but their jerseys were some of the few that didn’t really need a change.

The team brought them back last season for warm-ups and got incredible reviews from fans around the league, most of them wishing they would bring them back as their primary jerseys. 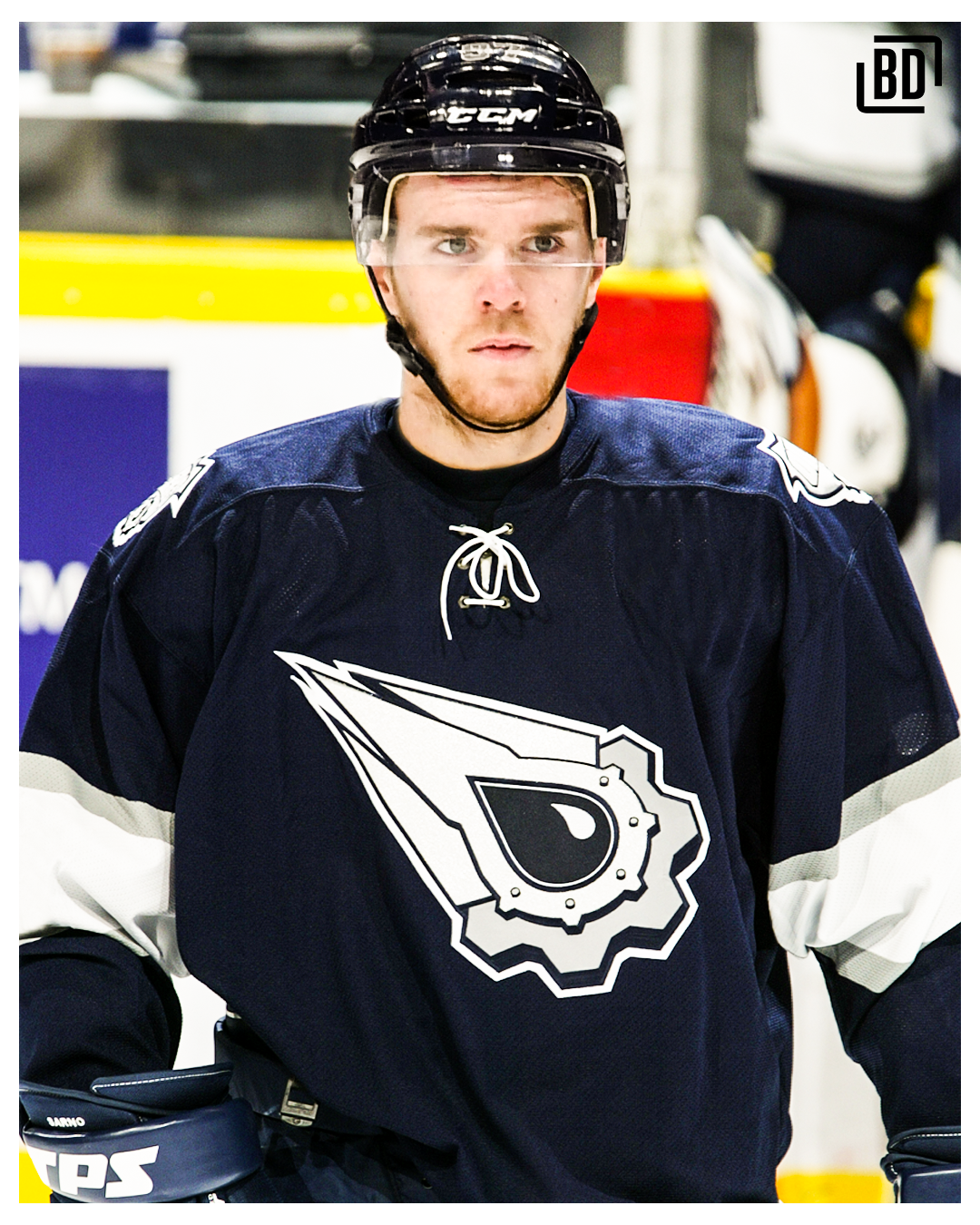 Designed by comic book creator Todd McFarlane, this alternate logo was used by the Edmonton Oilers from 2001/02-2006/07 on the team’s alternate jersey. McFarlane also happened to be a minority owner of the team at the time, so it probably wasn’t too hard to get the change approved. 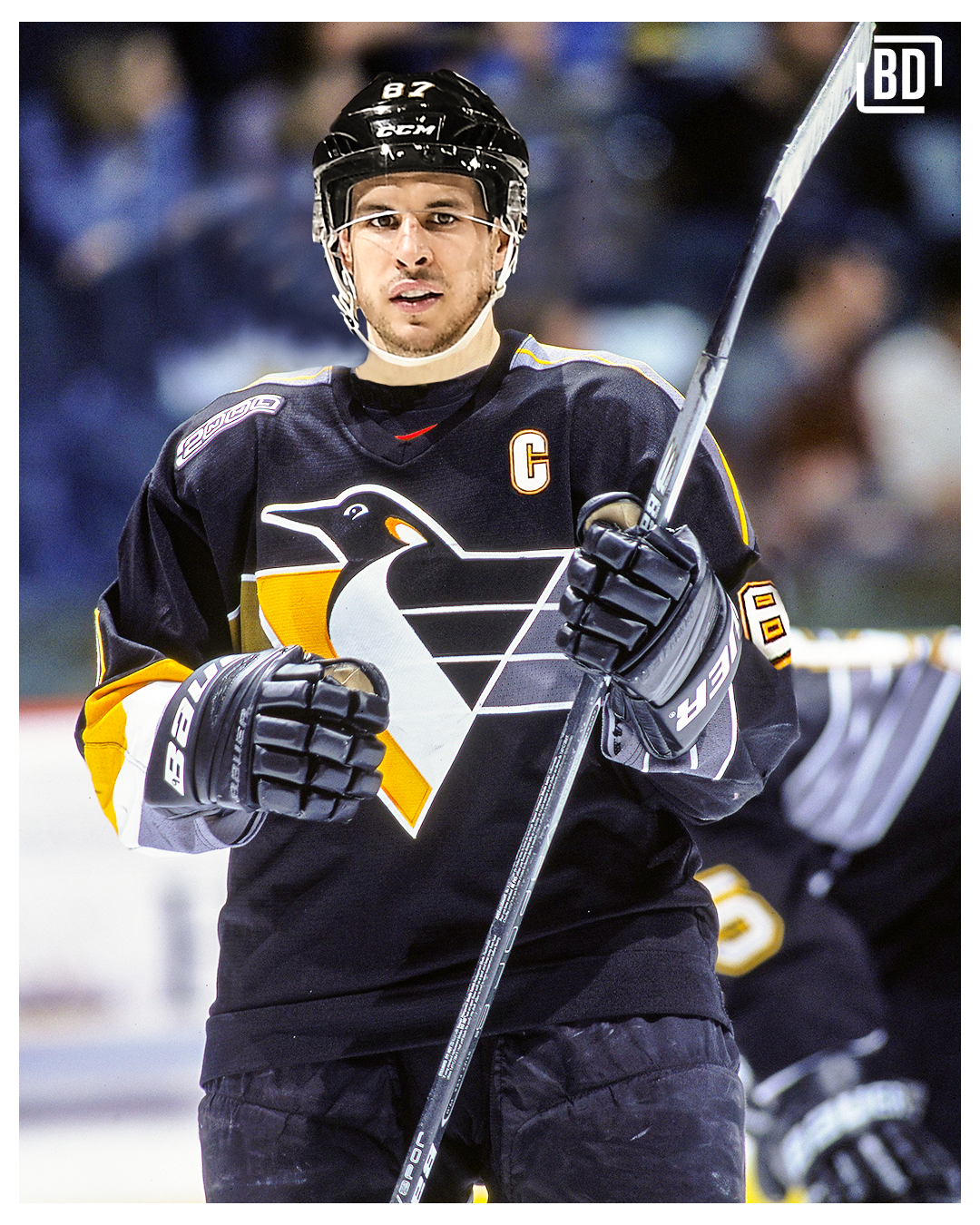 The Pittsburgh Penguins rocked this jersey from 1995/96 to 2001/02 before they decided to go back to the classic Penguin playing hockey logo they had rocked for the majority of their existence up to that point. 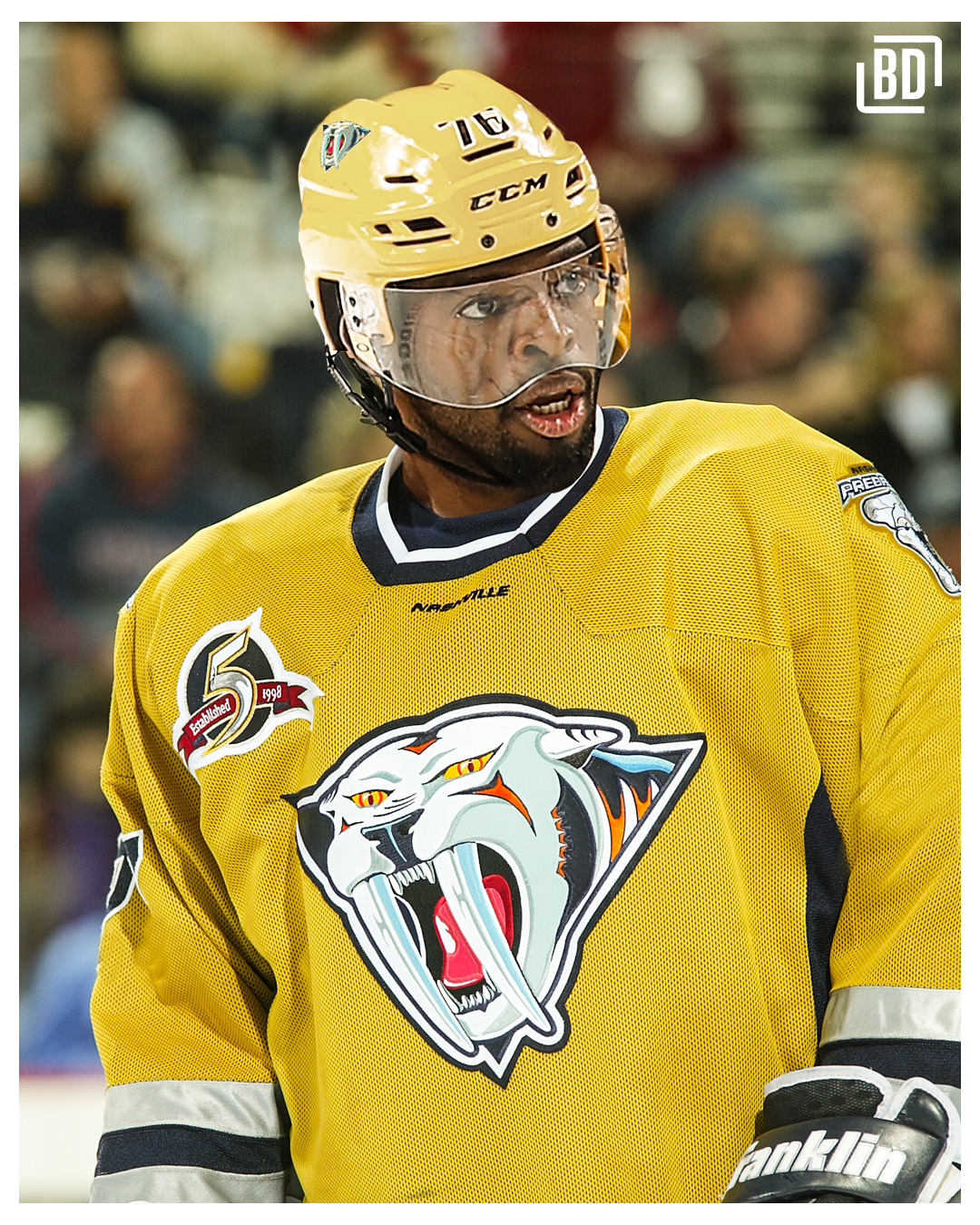 Fans either love or hate the mustard-yellow Predators jersey that debuted in 2001.  There's no middle ground and with one look at the jersey, you can see why.

That said, the Preds' had a 38-19-12 record all-time wearing their first-ever alternate uniform before it was retired following the 2006/07 season. 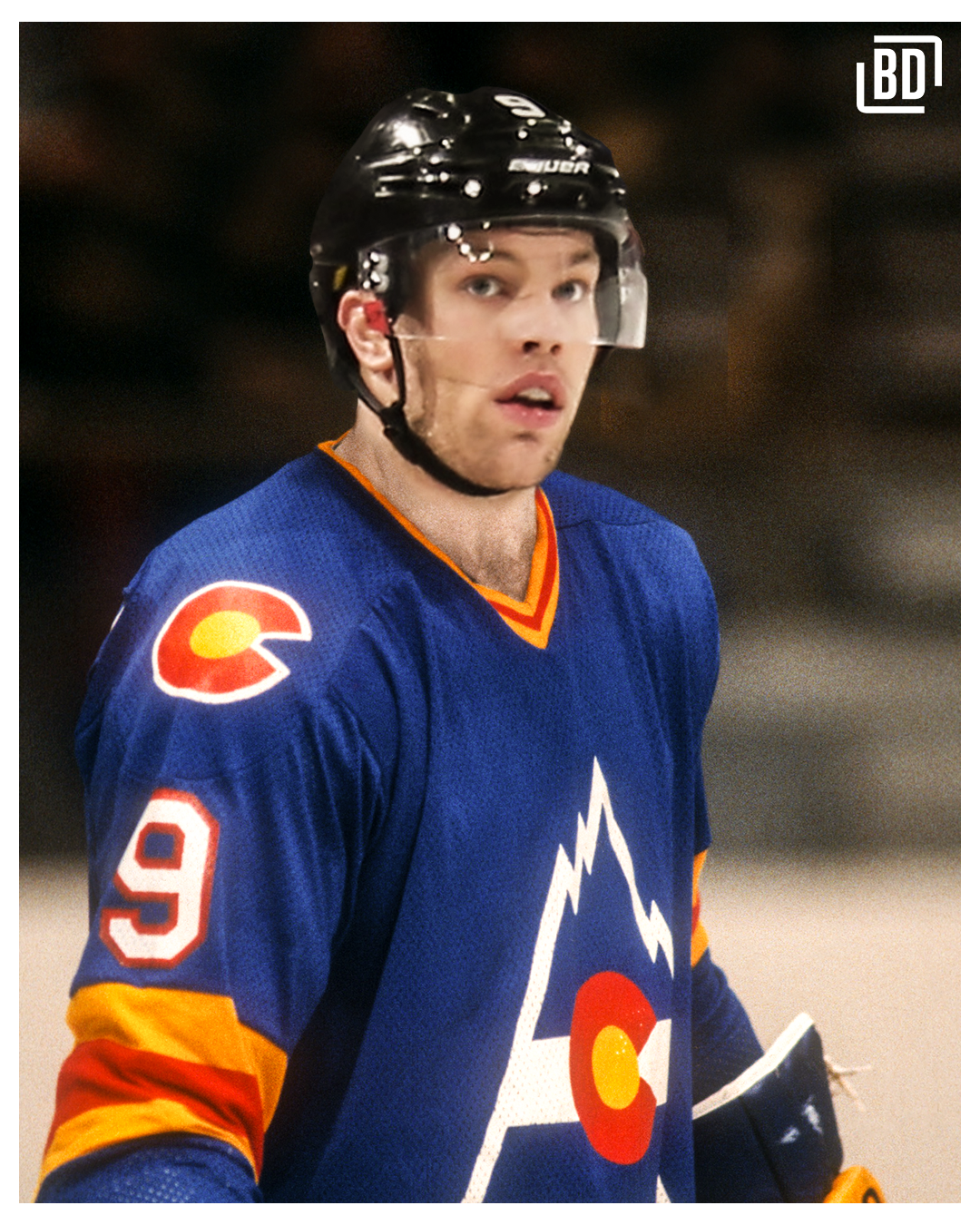 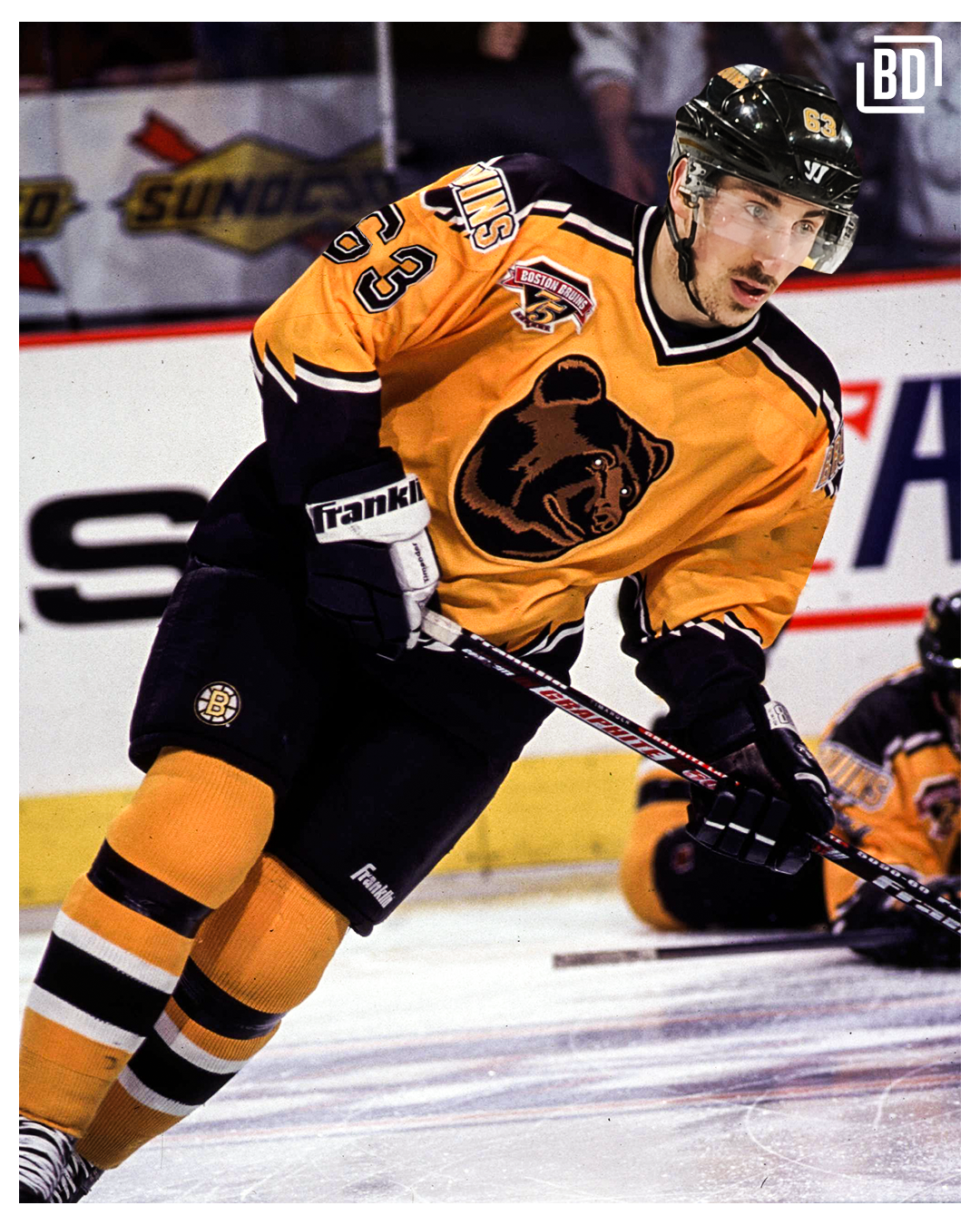 In case you didn't know what a Bruin was, this alternate jersey the Bruins wore perfectly displayed what a Bruin was and it would be cool to see the team bring this classic back. 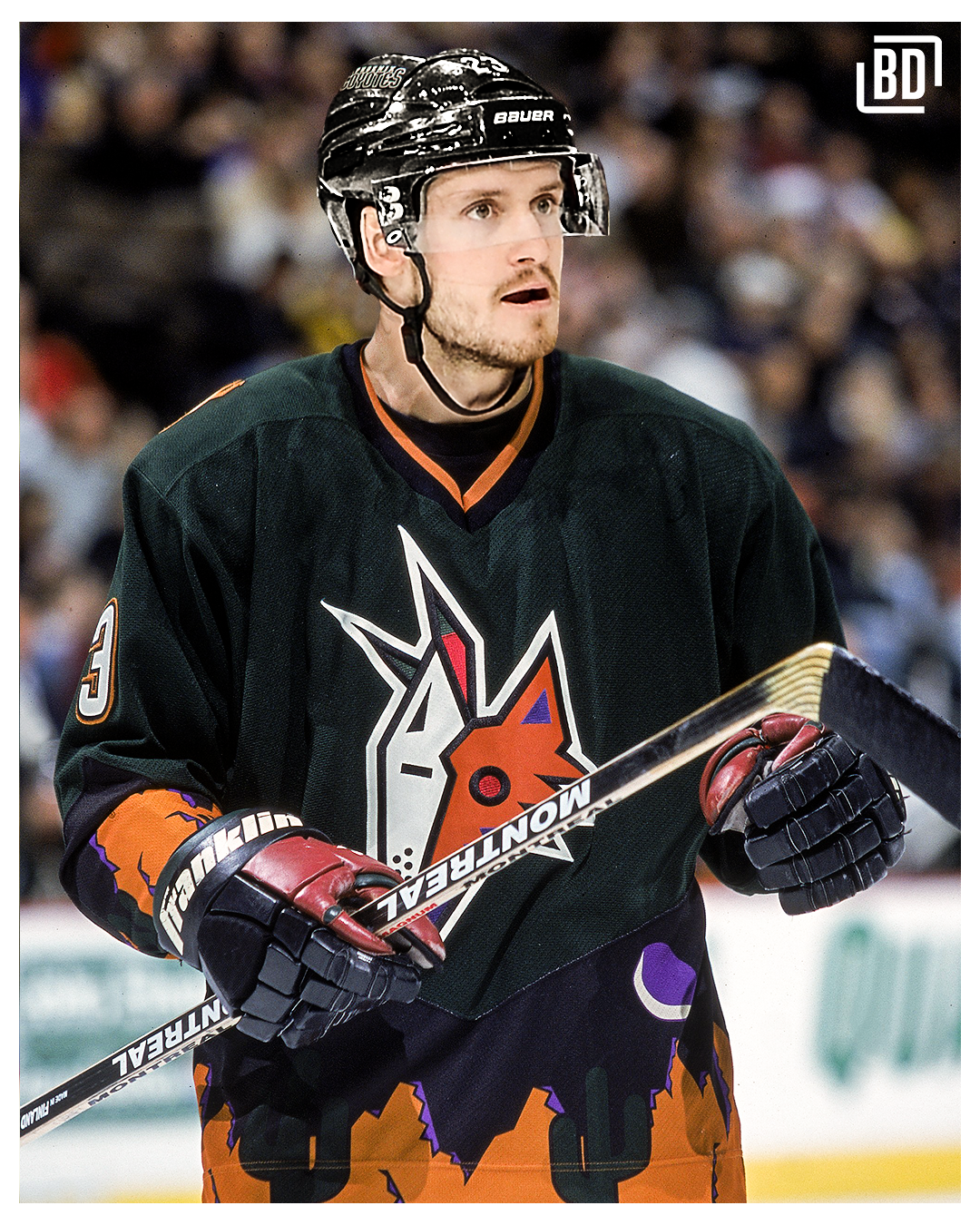 Arizona (Phoenix) hasn't had many alternate jerseys in its history, but this one featuring the desert at night and a large Coyote head is the most memorable. 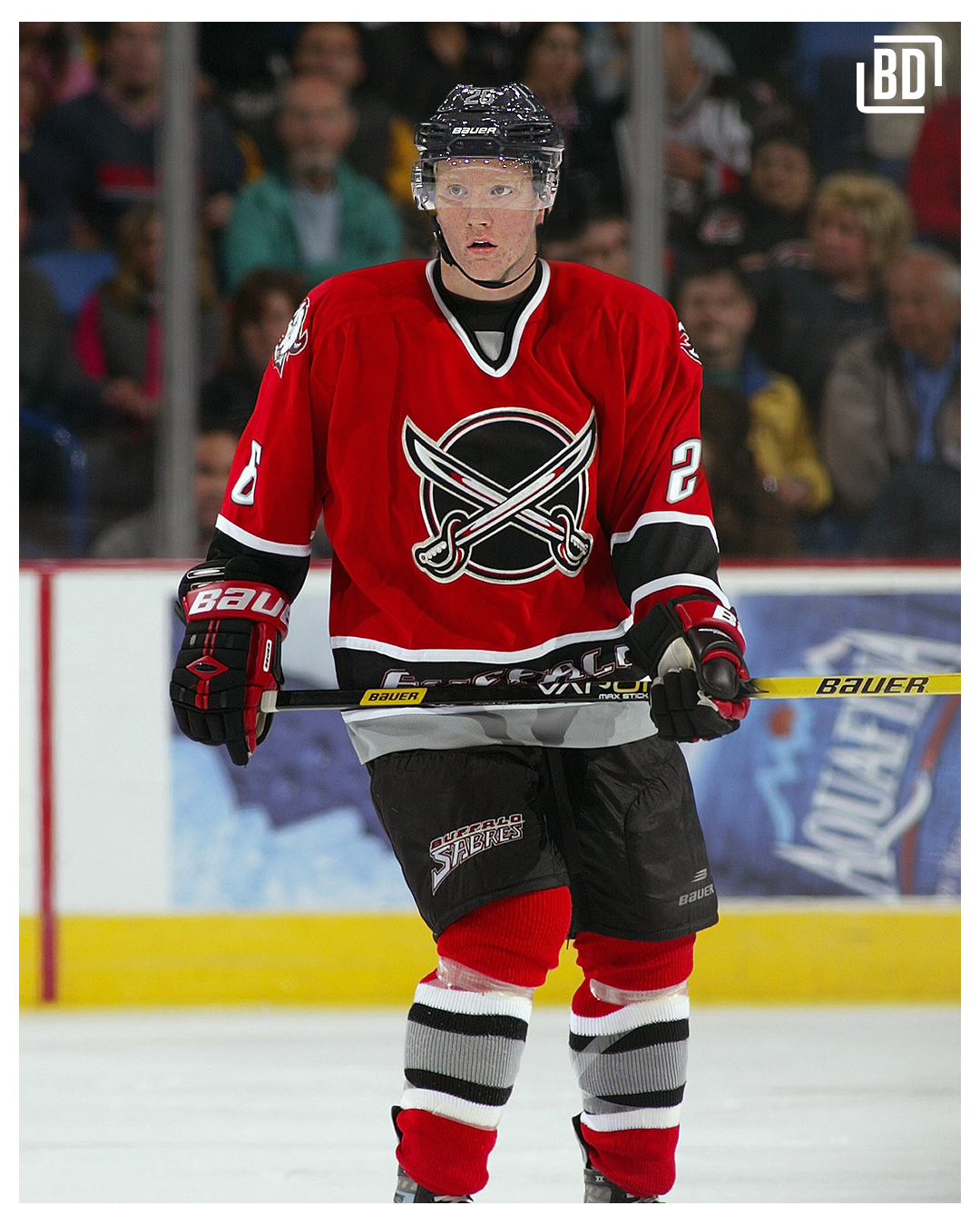 Who could ever forget Buffalo's first-ever third jersey?  The "dinner plate", as some called it, stayed true to Buffalo's colour scheme at the time, but featured red as the main colour.

This uniform was short-lived, though, as the Sabres switched things up for the 2006/07 season. 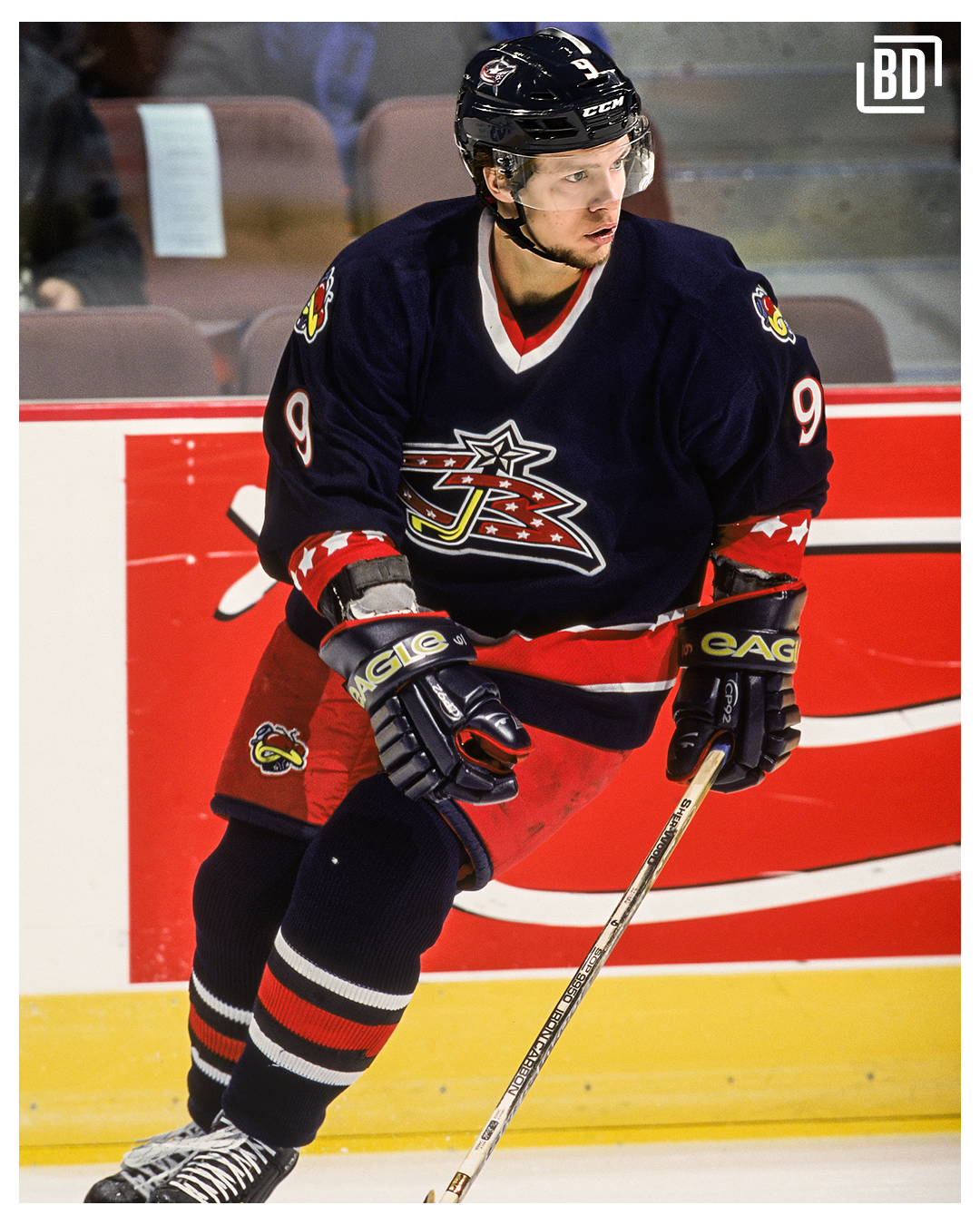 Columbus' first jersey was a classic thanks to the bug on the shoulders and the main logo featuring a hockey stick, something their logo doesn't have now.