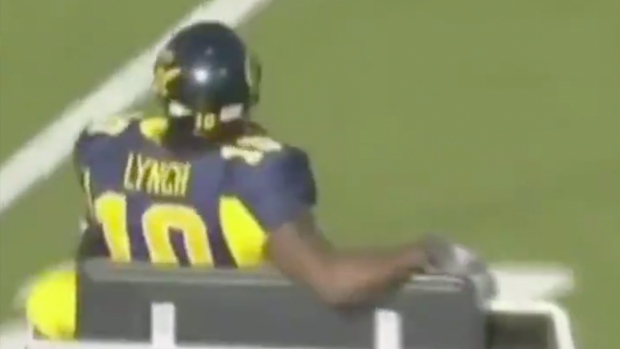 Marshawn Lynch has always been an entertaining personality un the NFL. His iconic interviews made him a fan favourite across the league, he retired in style by posting a picture of cleats hanging on telephone wires and we still can’t seem to understand his odd Skittles obsession.

Marshawn Lynch got a bag of Skittles named after him 😂pic.twitter.com/Fc3FIPpe58

Lynch has always been a carefree soul, even in his college days at Cal. His iconic personality was shining especially on the day he decided to take the injury cart for a little test drive on the field.

14 years ago today, Marshawn Lynch took an injury cart for a joyride 😂 pic.twitter.com/rMaxmHgx2r

He is just straight chillin’ while whipping all over the field. We feel like this was the original version of the cranberry skateboard guy, except the football version.