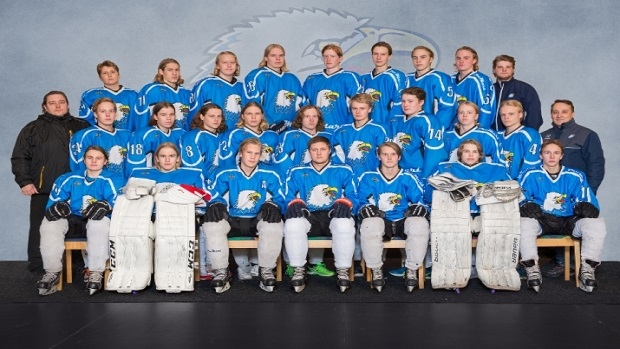 You’ve probably never heard of Juuso Kopra before considering he’s only 16-years-old and is currently playing Jr. B hockey in Finland, but the young goalie didn’t something pretty incredible on Sunday night.

Kopra is currently playing for the Kisa-Eagles U18 in Finland’s U18 Jr. B  Mestis league. On Sunday they ended up losing 5-0 to Porin Ässät, but it could have been a lot worse for the Kisa-Eagles if Kopra didn’t steal the show with a 100-save performance.

Considering most goalies usually face anywhere from 20-30 shots against in an entire game, the 16-year-old Finnish goalie pretty much dealt with an entire game’s worth of action in every period of the game. Meanwhile, the opposing goalie walked away with a shutout while only making 12 saves the entire night.

U18 #Mestis goalie Juuso Kopra of Kangasala Kisa-Eagles made 100 saves today in an 0-5 loss to Ässät. Has anyone heard of a goalie with more saves in a game in any series? I haven't found any at least in Finland. via @kallekupa #lätkä pic.twitter.com/EkDUriYzWo

Kopra ended the night with a 95.24 save percentage and received a standing ovation from his teammates in the locker room following the game, according to Lassi Kuisma of Finland’s Iltalehti.

The youngster turned 16 one week ago and currently owns a 4.66 goals against average and a .923 save percentage through nine games in first season of U18 Jr. hockey.