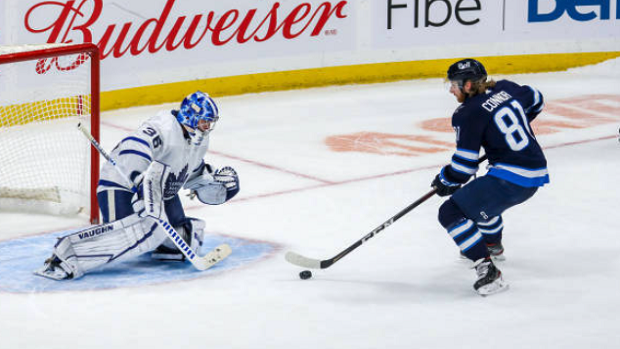 The 2022 NHL All-Star rosters were announced on Thursday before the night’s games got underway and there’s a combined 18 first-time All-Stars on this year’s rosters.

The 2022 NHL All-Star Game Rosters have been announced! 🤩 pic.twitter.com/hfftaja9LD

There could always be a few more first-time All-Stars added to the rosters later down the line as fans can now take part in the Last Men In campaign, but the Central’s roster is stacked with first-timers, including both goalies.

The Central Division has seen all sort of movement throughout the season and there’s going to be plenty more where that came from the rest of the way. This year, the Central Division’s roster includes 7 first-time All-Stars.

For the first time in his career, @KyleConnor18 has been selected as an @NHL All-Star!!

Congratulations KC, we can't wait to cheer you on in Vegas 🤩

And our other All-Star 🌟 #GoAvsGo pic.twitter.com/fiAU4ObpxM

Three of the four first-timers from the Atlantic Division represent Canadian NHL franchises as Jack Campbell, Nick Suzuki and Drake Batherson were all named 2022 All-Stars on Thursday night.

"It is a huge honour to represent Ottawa at the game."

Drake Batherson comments after he was selected to his first #NHLAllStar game! #GoSensGo pic.twitter.com/IHiRUyGgTz

We’ve got a Dahl-star on our hands…

Rasmus Dahlin is your 2022 #NHLAllStar!

Thatcher Demko wasn’t having the worst season before Bruce Boudreau showed up, but the coaching change helped the Canucks goalie in a massive way and now he’s heading to his first All-Star Game of his career. The Pacific Division will also have four first-time All-Stars on the roster, but the most surprising of all has to be Mark Stone. How has this guy not made an All-Star Game before?

Get ready for TIMO TIME at #NHLAllStar Weekend in Vegas ⭐️🎲

Our shining (ALL) STAR 🌟

Thatcher Demko has been named to Team Pacific for the 2022 #NHLAllStar game in Las Vegas!

Three of the four teams will have a first-time All-Star between the pipes at some point during the game, except for the Metropolitan Division, who will have just three All-Star Game rookies and are also the only team that will have three defencemen on the roster.

Who has the best-looking roster?