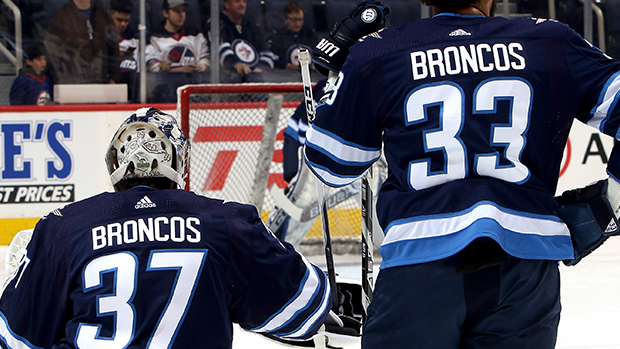 The Humboldt Broncos tragedy has had an effect on a massive part of the sports world, crossing borders, sports and just about every form of media.

A new experience in today’s world is the visibility of online interactions that remain after losing someone at a young age. As always in tragedies, people can often feel the strongest emotions through shared experiences with the people lost and that was no different in Humboldt. The strong response to the crash has come from people who have played hockey, rode buses with their teams and especially other Canadians.

Many people felt another connection to one of the deceased after seeing Brody Hinz’s Twitter profile.

Hinz’s account lists him as the “Stats Guy” for the Broncos and he frequently shared messages on the social media platform. With the Jets paying tribute to the lives lost and trying to raise money for the community, it hurts that much more to see what a gesture like this would have meant to someone like Hinz.

This all comes right after the hockey world felt another loss earlier in the week when Jonathan Pitre passed away. The day before his own passing, Hinz was one of many who shared condolences with Pitre’s family and TSN’s own James Duthie after they felt the loss of someone close to them.

Brody Hinz tweeted his prayers and condolences yesterday for the Jonathan Pitre's passing.

He died the just hours later.

He was so pumped seeing his Jets in the playoffs.

There’s no doubt that Hinz would have been one of many sharing his condolences on a weekend like this, so it’s great to see the show of support from people around the globe.

Nobody loved the #HumboldtBroncos more than Brody Hinz. He volunteered to do anything that could be helpful. He was the team statistitician-helped the boys put up some great numbers. Thank you forever Brody. #PrayersForHumboldt pic.twitter.com/R5ul8VXTQX