It’s pretty safe to say that we’re never going to see an NHL rookie come close to putting up the numbers that Teemu Selanne put up his rookie season, but there’s also a good chance we never see a player score 70 goals in a season ever again. 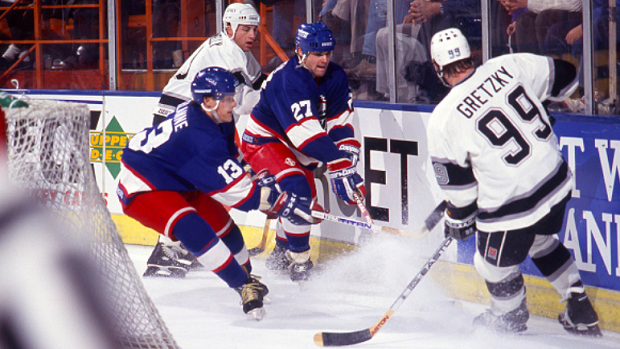 Selanne broke Mike Bossy’s previous record for most goals in a rookie season by scoring a hat-trick against the Quebec Nordiques on March 2, 1993, to give him 54 goals on the year, and by the end of the month he was up to 71 goals on the season.

If you’re wondering how close any other NHL rookie has come to his goal scoring record, here’s a look at the best rookie seasons in NHL history.

These days it would be pretty rare to see a rookie put up 76 points in 82 games, so for Selanne to score 76 goals in 84 games is almost unbelievable.

Here’s where Selanne’s rookie goal total sits in terms of the greatest seasons by an individual in NHL history.

Selanne finished tied with Alexander Mogilny for the lead league in goals with 76, while his 132 points were the 5th most that season.