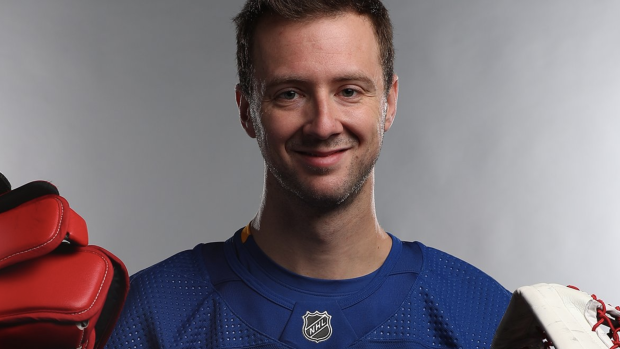 The Buffalo Sabres will not end their playoff drought this season, but there is an amazing story fans of the team and hockey fans in general can enjoy as the season comes to an end.

"I've always thought that I'll just be patient, work hard and hopefully I get my chance. I've certainly gotten it tonight."

Michael Houser will make his NHL debut tonight against the Islanders: https://t.co/x1HMe05JXq pic.twitter.com/edHz6R0G8x

Monday night, 28-year-old Michael Houser will make his first start in the NHL and his journey to this point has been something out of a movie.

First of all, Houser hasn't played a game since March 7th of 2020 when he played the Cincinnati Cyclones of the ECHL.  Furthermore, since 2016/17 he's made two appearances above the ECHL level of hockey.

Houser wasn't drafted after a career with the London Knights that saw him earn the OHL's most outstanding player honours in 2011/12.  He signed an entry level deal with the Panthers and hadn't signed any NHL contract prior to this year since then.

Houser has been on the Sabres' taxi squad and due to injuries between the pipes, he's making an improbable start.  What makes this journey even more improbable is Houser was born with bilateral club feet, something he needed 14 surgeries for before he was 2.

Appearing in an NHL game would be incredible accomplishment for Houser, who was born with bilateral club feet.

He had 14 surgeries before he was 2. "Doctors were concerned he'd be unable to walk, let alone stop 100-mph hockey pucks." https://t.co/EmoFHIxCjn https://t.co/oy2kt50O62

It's been a tough season for the Sabres, but this is an incredible story and we hope Houser has an awesome NHL debut that he'll never forget.