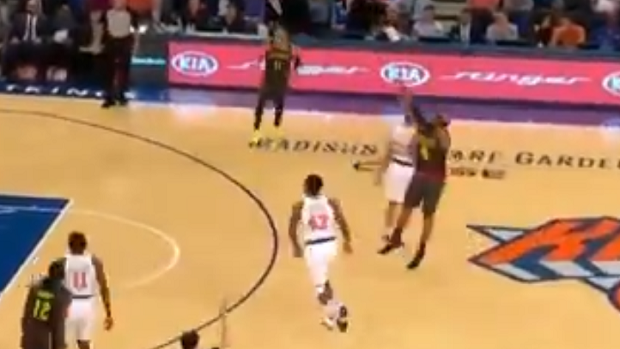 For Raptors fans, videos like this still sting, even 14 years later.

Though he’s 41-years-old, Vince Carter is still an absolute weapon and he proved it with this drool-worthy shot from half court.

Even though this shot only cut the Hawks’ deficit to 25 points in the third quarter, we think that just further speaks to Carter’s status as one of the most consistent players to ever play the game.

The 21-year NBA veteran made his regular season debut as an Atlanta Hawk on Wednesday night, and though the they didn’t come out with the W, Carter was in top form.

Does this guy even age?

To put it into perspective, Carter was drafted three months before his teammate, Trae Young (no pun intended), was even born.

The 10-time NBA All-Star, who has tallied over 24,000 points in his storied career, and works out AFTER games as he explained to Paul Newberry of the Associated Press ahead of Wednesday’s tipoff.

If it’s hard for him to let go, he should imagine how Raptors fans felt. He’s the oldest active player in the NBA, but Carter still balls with the best of them.