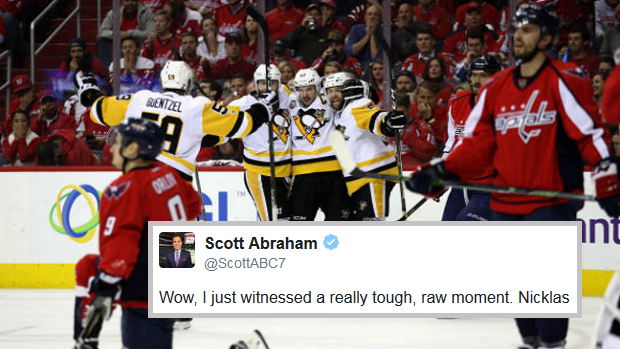 Washington Capitals fans have been through a lot over the years.

It’s one thing for a team to just be irrelevant for a significant amount of time, like the Leafs or Oilers. But to be perennial Cup contenders (If not favourites) and never making it past the second round with the greatest goal scorer of a generation on your team is another level of pain. A lot of people will tell you sports fandom will get better, but that’s not always the case.

In fact, we’re going to give you the opposite. Here are 6 reasons that he Capitals second-round loss to the Penguins was even more devastating than you thought.

They outshot the Penguins in every single game

Record-setting dominance from the Pens

The @penguins are the first non-Original Six team to register at least nine series wins against one opponent (9-1 vs. WSH). #StanleyCup pic.twitter.com/Q5Vwk0toRe

Comparison to other teams with great records

Capitals own the best record in the NHL since 2008-09. Chicago and Pittsburgh rank 2nd and 3rd, and have won 5 of the 8 titles in that span.

"Mr. Game 7" Justin Williams has lost a Game 7 for the first time in his career, ending his 7-0 streak from hockey

The team’s about to change for the worse

Caps:
- no picks in the first 3 rounds
- Oshie, Williams, Shattenkirk are UFAs
- another playoff exit at the hands of the Pens

The combined stats of goalies who eliminated the Capitals since 2010 are HOF level: https://t.co/Gx5aA9Fm6Q pic.twitter.com/tJGsdRiWsd

Know that however bad you're feeling, the team feels worse