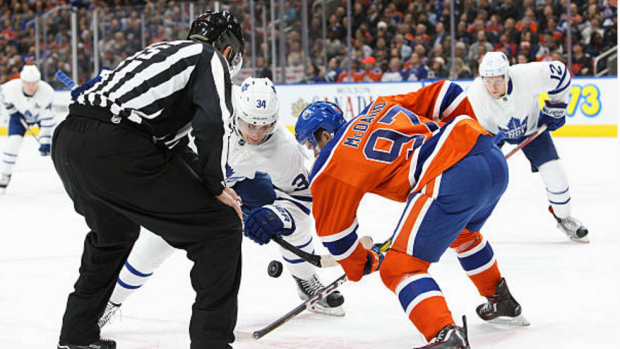 Over the course of the last month or so, sports fans have learned who will be on the cover of Madden 18, FIFA 18 and NBA 2K18.

#TomBrady will be on the cover of #Madden18. Will the #MaddenCurse get the #Patriots' QB? ( [📷] : Twitter/EAMaddenNFL)

Days after winning another #ChampionsLeague title, #Ronaldo has been named the cover star for #FIFA18. ( [📷] : @easportsfifa)

With MLB The Show just coming out, the only cover fans are really waiting on at this point is the NHL 18 cover, but the day is finally here and fans don't have to wait any longer.

There are a lot of great candidates for the cover, and like years past, but unlike previous years, there won't be a cover vote as the cover athlete will be announced Wednesday night at the NHL Awards in Vegas.

With that in mind, here are some candidates who we think could and should be considered for the cover of NHL 18.

Win or lose in the Stanley Cup final, Pekka Rinne is more than deserving of being on the cover of NHL 18.

His .931 save percentage and 1.93 goals against average are two huge reasons why Nashville is in the final in the first place.

Bobrovsky's stellar regular season (2.06 goals against average, .931 save percentage) was enough for consideration.

Unfortunately for him and Rinne, only one goalie since NHL 98 has been on the cover and that was Martin Brodeur (NHL 14).  Plus, no goalies were even in the cover vote last year, so clearly the odds are against these two.

There aren't many players more popular and talented than P.K. Subban.

The former Hab has the stats (11 points in 19 playoff games), the charisma and the star power, making him the perfect cover athlete for NHL 18.

The Ottawa Senators captain took the hockey world by storm in the playoffs.

Not only did he lead his team in points (18 in 19 games), but he did so while averaging just over 28 minutes a game and playing through ridiculous injuries.

Pierre Dorion says Karlsson not only had two cracks in his left foot, but also played with muscle damage in his ankle.

Once again, though, the odds are stacked against Subban and Karlsson.

Ever since Chris Pronger was on the cover of NHL 2000, only one defenceman has been on the cover (Dion Phaneuf, NHL 09).

Last year, Victor Hedman was the only d-man involved in the cover vote.

EA Sports had the G.O.A.T edition of Madden 18 for Tom Brady, so why not give Jagr the GOAT treatment, too.

Jagr has never been on the cover before, but he and his mullet should be next year.

This one is simple, the greatest player of our generation has never been on the cover of an NHL game before.  Enough said.

It's very rare for a player to make the cover after his rookie season (Alex Ovechkin, NHL 07), but Matthews is a very rare talent.

He demolished Leafs and league rookie records in the regular season and in the playoffs, and he's the face of one of the NHL's biggest and best markets.

The NHL's Art Ross winner is arguably the most talented player in hockey not named Sidney Crosby.

After an impressive rookie season cut short by injury, McDavid cemented his status as superstar with his 100-point season that helped the Oilers make the playoffs for the first time since 2006.