Saying goodbye to the game you love is supposed to be tough, but for former NHL player Pierre-Luc Leblond, the whole thing seemed kind of easy.

The 32-year-old resorted to Twitter to announce that he’s finally hanging up his skates, and initially made it clear that he wouldn’t like to thank anyone.

A bit strange, no?

Afterwards, Leblond continued by eventually giving some love to those who helped him on his journey.

2. 2 years of Pro hockey in 12 diff cities I'm scared I would forget someone..lol If you feel like I should thank you, I probably should ;) pic.twitter.com/IjSr3nib19

3. so please reach out and share memories anytime! It's was a great ride, THANKS EVERYONE! pic.twitter.com/jEVPsajl5t

What a weird way to go out.

Leblond only participated in 41 NHL games; 37 with the Devils, three with the Calgary Flames and one with the Pittsburgh Penguins. However, the right winger played in 486 American Hockey League games with the Albany River Rats, Lowell Devils, Abbotsford Heat, Norfolk Admirals, Wilkes-Barrie/Scranton Penguins, Syracuse Crunch and Toronto Marlies, and collected 1,820 penalty minutes over that span. His highest total came in the 2010-11 when he accumulated 334. 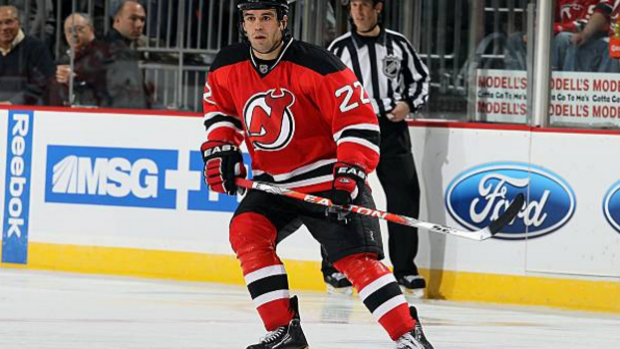 Congratulations Pierre-Luc on a long career. Just please don’t try to thank us or anything like that.