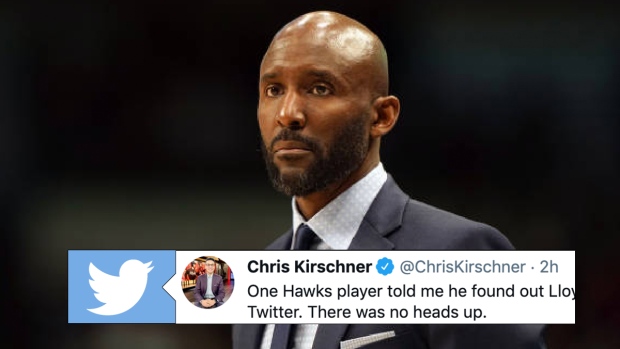 Social media has made the sports world move at a faster pace than it ever had before. Players can hear about a lot of things about their careers online before they even get a call from their teams.

With the amount of insiders and the ability to release information instantly it is getting harder and harder to keep things under wraps.

When it comes to big announcements however like a coach being fired you’d hope everyone on the team would at least be briefed on the news before it went public.

That wasn’t the case for the Atlanta Hawks who had one of their players find out they head coach firing on Twitter.

One Hawks player told me he found out Lloyd Pierce was fired from Twitter. There was no heads up.

Pierce coached the team in practice today in Miami.