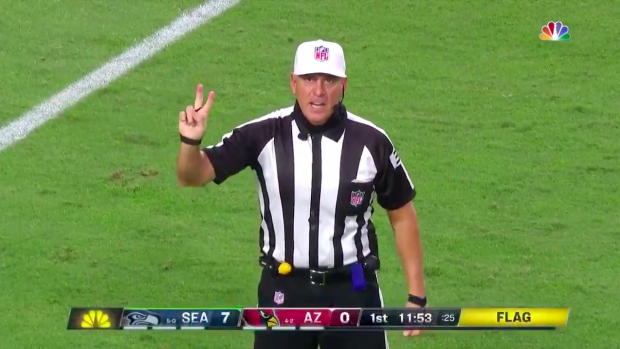 How many times have you seen this?

Early on in Sunday Night Football action between the Seattle Seahawks and the Arizona Cardinals, the official blew the play dead with a false start penalty. On whom, you may ask?

Literally every single one of the Cardinals’ offensive lineman except for the center.

Well, coaches never like to take these sort of penalties, but as a player, better to have the blame spread out across everyone instead of being singled out, right? That center must be looking at the rest of his teammates like, come on now.

The same penalty was whistled during a game two years ago, and the moment has lived rent-free in our heads ever since. This is offensive lineman solidarity!

"False start, every offensive lineman EXCEPT for the center." 😂#PITvsNE pic.twitter.com/laUBA7JIJa