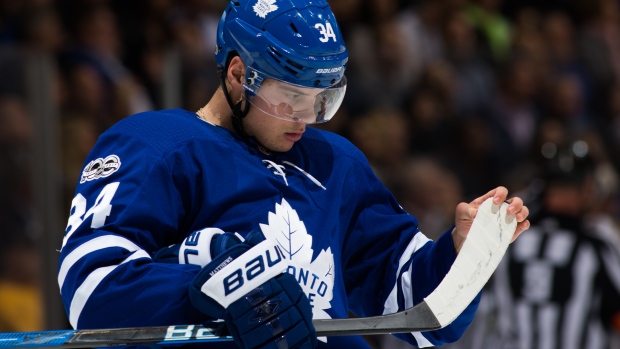 It's not insane to say that Auston Matthews might be (or is) one of the ten best players in the NHL right now.

This claim isn't a Toronto bias or anything like that because the 20-year-old is incredible at both ends of the ice and with 15 points (8 goals, 7 assists) in 11 games and a +12 rating so far this season, Matthews is showing his rookie season wasn't a fluke.

Whether you want to admit it or not, Matthews is the face of the Leafs franchise, the team's future captain and the most popular Leaf in a long, long time.

That said, what someone spent on a pair of his game worn gloves Saturday night was kind of insane.

You read that right, $10,000.  Those gloves better make your hands as silky smooth Matthews for that price.

At the end of the day though, you've got to tip your hat to the person that won the auction because a portion of the proceeds from each auction throughout the course of the regular season goes to the MLSE Foundation.

Plus, chances to get a collectors item like a pair of game worn Matthews gloves don't come around often, and if Auston continues to dominate those gloves could be worth a ton down the road.

This gif of auston Matthews maybe be the best on twitter #tmltalk pic.twitter.com/fcqF4X0cgR