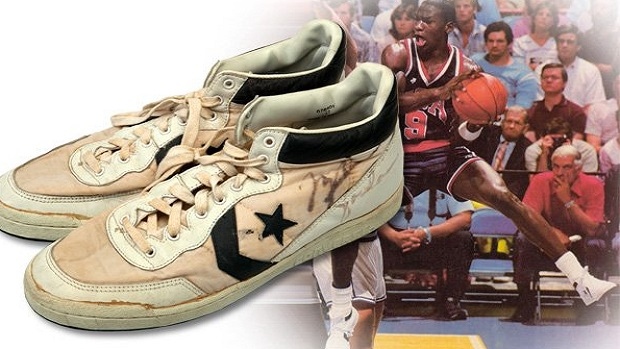 Whether you’re garage sale hunting or taking part in an auction, you never know what type of items you’re going to come across.

On Sunday, a lucky bidder went home with a very valuable piece of basketball history. However, they didn’t just stumble across this item on someone’s driveway, they knew what they were bidding on and spent a record-breaking amount of money to get it.

Michael Jordan’s game-worn shoes that he wore during the gold medal game against Spain in the 1984 Summer Olympics ended up selling for $190,373 USD ($256,346.76 CAD) early on Sunday morning, which is a new record for game-used shoes.

It’s pretty crazy that some people won’t ever see that amount of money in their lifetime and someone just dropped it on a pair of game-used shoes.

It's not about the shoes. It's about what you do in them. -Michael Jordan