A Calgary Flames fan cheers on the Winnipeg Jets during Game 5 of the Western Conference Finals. , Jason Halstead/Getty Images

The Whiteout brought the best out of Winnipeg Jets fans during the team’s 2018 postseason run.

Fans, both inside and outside of Bell MTS Place dressed for the occasion and lost their voice while the Jets battled their way to the Western Conference Final. As supportive as Winnipegers have been, the best demonstration of support was arguably displayed by a Calgary Flames fan. Wearing a dark red Flames sweater, this brave individual brough a sign to Game 5 that insisted he’s a fan for rent. 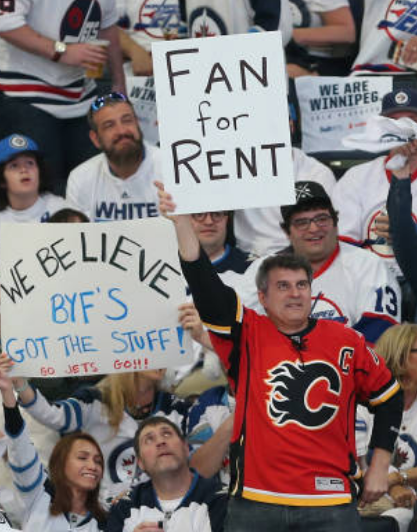 At least they were cheering for the home team!

All sorts of signs and costumes were captured throughout the run, but a separate one captured during the Jets’ first round series against the Minnesota Wild also stood out from the rest. A clever fan decided to use a classic Matthew McConaughey line in honour of the Whiteout. 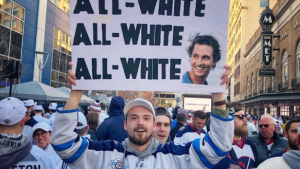 A random sign can usually be found at every hockey game, but this one was definitely one of the weirder ones of the playoffs so far. Though the Jets are now out, it’s good to know that at least some hockey fans throughout the country were cheering on its lone remaining squad.

The rest of #Canada hasn’t exactly jumped on the #Jets bandwagon...just ask Jesse 😂