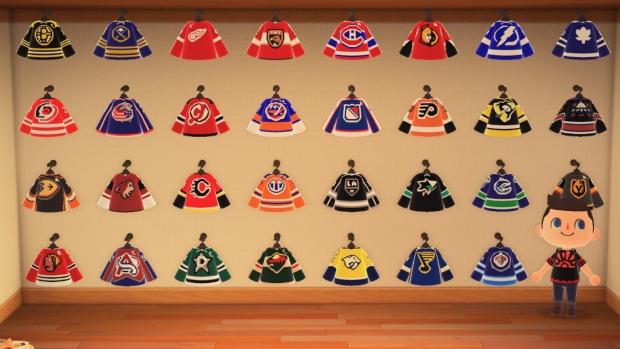 Sports are in hiatus, everyone’s staying home, and well, you couldn’t have asked for a better time than now for the newest Animal Crossing game, subtitled New Horizons, to release.

The Nintendo Switch game dropped last Friday and it’s already been a smash among gamers so far, especially since so many have so much free time on their hands right now.

Already, one player has taken to designing each NHL team’s jerseys in the game as wearable items for your in-game character. The QR codes for each team can be found in this Reddit thread by u/Goomba_Face.

All 31 NHL teams in #AnimalCrossing! pic.twitter.com/ibxdHBlObh

Redditor u/Goomba_Face made multiple of every NHL team's jerseys (+ some classics) that work in Animal Crossing: New Horizons and they're FRESH.

You can find me rocking the classic Mighty Ducks Kariya sweater or the WC Rangers jersey.