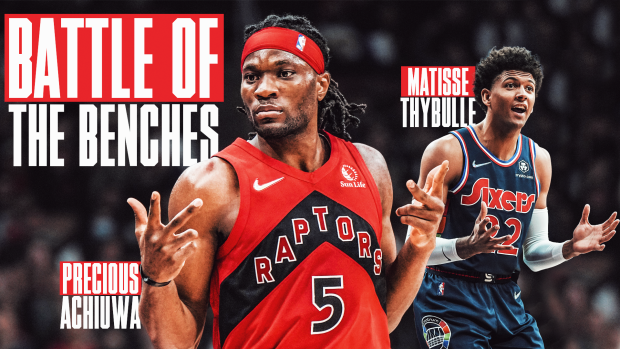 Ahead of Saturday’s Game 4 game between the Toronto Raptors and Philadelphia 76ers, the Raps were – metaphorically speaking – palliative. Two games later, their pulse has only gotten louder.

Coming off a heartbreaking Game 3 loss in which they were the better team, the Raps knew the series had become their Everest. In fact, it had become even more daunting than Everest, because a 3-0 series hole is one that has never been climbed out of. Regardless, the scrappy Raps took advantage of home court to avoid the sweep, and then went into Philly and made a statement without the help of injured All-Star Fred VanVleet.

With Fred out, help had to come from somewhere. Notably, Pascal Siakam stepped up when the Raps needed him most, recording team highs in points (23), rebounds (10), and assists (7).

Saying that, the real key to success was a well-balanced attack that utilized a lot of different contributors. Four out of five Raps starters finished in double digits, with Khem Birch not often expected to do much more than the seven points he contributed as a starter, while the Raps bench poured in 29 of the team’s 103 points.

The Sixers, on the flip side, scored only 11.

One of the main reasons for this disparity was one man, Precious Achiuwa.

The disparity actually goes even deeper than that if you take garbage time out of the equation. After all the starters had made way for backups on each team, the Sixers outscored the Raps 6-3.

That brings the more realistic disparity to 26-5 in favour of the Raps’ bench.

But just to add even a little more storyline, THIS is where two of the Sixers’ five bench points came from:

Sixers did ALL that passing only to miss the open three, and then the Raptors tipped it into their own basket 🤦🏽‍♂️🤣pic.twitter.com/5HX7TLJJgb

Take away garbage time, and take away Achiuwa scoring on his own basket, and the Sixers recorded three points off their bench. Georges Niang hit a shot from behind the arc in the 4th quarter, but otherwise the bench had nothing to offer.

If the Raps can replicate anything close to this disparity in Game 6 and/or 7, they’ve got a pretty good chance of doing the unthinkable – coming back from a 3-0 deficit.

Scotiabank Arena is going to be LOUD on Thursday evening.