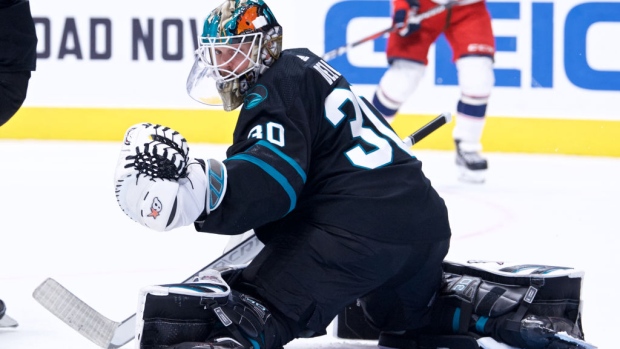 The San Jose Sharks unveiled a murdered-out look last season, the “Stealth Mode” alternate uniform that became a hit in no time at all among fans.

And if you like the Stealth Mode jersey, then you’re going to love the gear that Aaron Dell is bringing this season. These are cleaaaaan.

Here it is. The moment you’ve all been waiting for. #stealthmode @goaliesonly @visual_merc

It’s crazy how much a simple black look can elevate a pair of pads, and the shark design is just perfect for the whole Stealth theme. That thing is ominous. Anyone else getting Bruce the Shark vibes from Finding Nemo?

So, we know Dell and the Sharks are packing heat for next season. Anyone else around the NHL want to step their game up?

Which NHL goalie should go all in on their equipment this year? 🤔 pic.twitter.com/6RSe3a0hHN