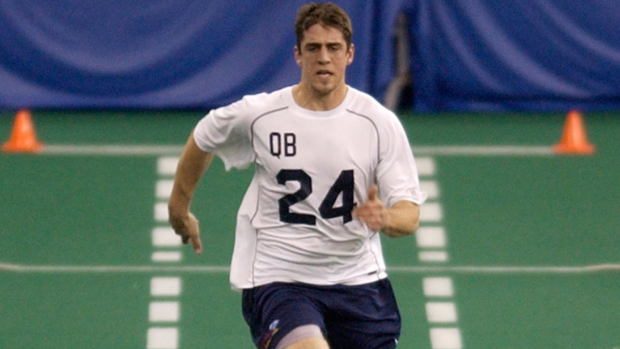 When it comes to the 40-yard dash at the NFL combine, quarterbacks aren't expected to run very fast, and really a signal caller's speed isn't going to significantly increase or decrease their draft stock.

With the combine being just around the corner, the NFL is getting fans excited by sharing current players' results from the combine as a way of looking back at their performance.

One of those players that got the flashback treatment was Aaron Rodgers and his 4.71 40 time.

The hashtag game from Rodgers was on full display in this wonderful tweet, and that shouldn't surprise fans who follow him.

Whether it was a 4.71 or 4.66, one thing is for sure, it was better than Tom Brady's 5.28 time, so there's some #RealNews Rodgers and nearly every other quarterback to ever run the 40 has over the greatest quarterback of all-time.