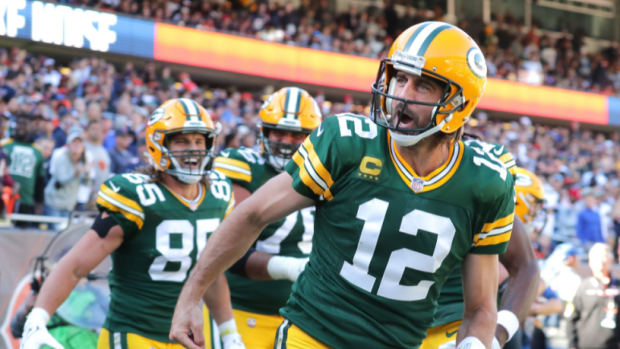 Interdivisional rivalries are always going to be bitter in the NFL, but some stand above the rest. Perhaps above all other rivalries, the Green Bay Packers and Chicago Bears REALLY hate each other.

The Bears – while having the most members in the Pro Football Hall of Fame from years past – have been on the losing end of the rivalry over the last few decades. This is helped in part by the fact that two of the game’s all-time greats in Brett Favre and Aaron Rodgers have manned the helm for Green Bay.

With Rodgers having an offseason with all the drama of London’s West End and more, it looked as though the Bears may finally be free of the Packers clutches. Rodgers was insistent on somehow getting off the Packers roster, which would have left him with an outstanding 21-5 record against the Bears as a Packer.

Unfortunately for Chicago (and Detroit, and Minnesota), Rodgers and the Packers worked it out at least for one more year. He visited Soldier Field and promptly turned his 21 wins against the Bears into 22, capping it off with a touchdown scamper.

You think ARod was going to pass up the opportunity to gloat in front of the Bears faithful?

Rodgers could be heard screaming at fans in the Bears crowd “I still own you!” emphatically. After the game, Rodgers was asked about the moment. Turns out, he was yelling at one fan in particular.

When #Packers QB Aaron Rodgers was asked postgame about his “I still own you!” comments to the #Bears crowd, he said: “Sometimes you black out on the field... I looked up in the stands and all I saw was a woman giving me the double bird"

Well - there were many of them. pic.twitter.com/hFMD7cvhwO

As for teammates and the larger non-Bears football community, well…

I think they liked it. pic.twitter.com/s92LFbA6gA