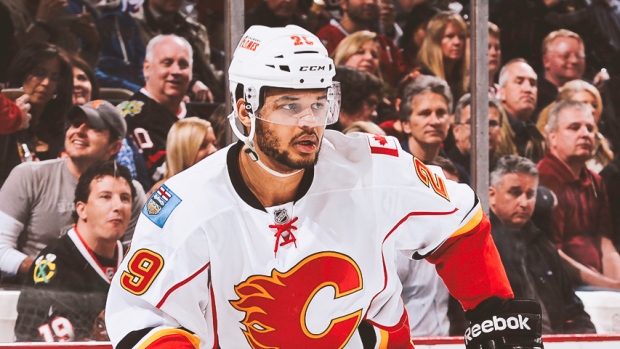 Hockey is not for everyone, writes Akim Aliu. At least not yet.

On Tuesday, Aliu took to The Players’ Tribune with a gripping essay on racism in hockey, connecting his own experiences such as playing under Bill Peters or receiving hateful social media messages to others such as K'Andre Miller’s public Zoom call with the NHL that was bombarded with racist slurs.

It isn’t easy to read, but it comes from a place of well-meaning — Aliu’s stated goal is to make sure that the game is inclusive, especially towards the next generation of young black or minority players who might otherwise feel unwelcome.

During these difficult past few months, I’ve done lots of thinking and self reflection, and decided to tell the story of my own journey in my own words. I hope this will inspire the next generation of athletes when things return to normal. #TimeToDream https://t.co/UuVykTMpU9

Painful to read, but incredibly important words from @Dreamer_Aliu78. https://t.co/imi7VldjA5

"We should be showing off the diversity our game is capable of having. This has an immediate impact on youth involvement. Because I know there are kids like me out there who have a hard time seeing themselves in the NHL. Or there’s a little black boy or girl who wants to be an NHL coach, but he or she doesn’t see anyone in the league who looks like them ...

The end goal here is to create a system, from top to bottom, that welcomes and nourishes everyone from every background. There needs to be proper acknowledgment of how diverse our game is becoming. The NHL shoved their LGBTQ and “Hockey is For Everyone” support programs into the same month as black history month. When I saw that, it made me feel that people like us, the outcasts, are a chore to them. Something to tick off a checklist and forget about for a year. And when you don’t feel like you’re encouraged to take part in the game in the sport’s biggest league, you feel that pain in your soul."

As Aliu notes, he spoke with Gary Bettman and Bill Daly earlier this year to discuss the issues that he has encountered with racism in hockey, as well as some potential solutions against them. He’s feeling positive about the direction of the league, but acknowledges there is still some work to be done, as well.

As hockey continues to become an increasingly diverse game, many of the traditional power structures have to be challenged in order to ensure that everyone can properly be a part of it. It’s heartbreaking to see even a sampling of the vitriol that Aliu receives — he shares screenshots in his essay — but hopefully, his hard work pays off for the next generation.

Akim Aliu wants to inspire the next generation of young hockey players.