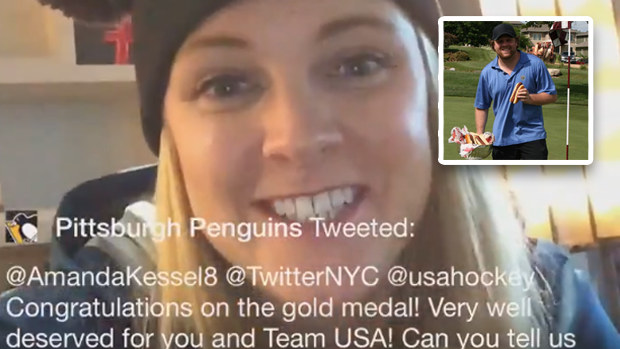 Amanda and Phil Kessel are hockey’s favourite siblings and they have had a great couple of years.

Amanda has been the latest success story as she helped Team USA claim a gold-medal in the women’s hockey and she was answering questions about it live on her Twitter. The questions were rolling in and of course she was asked a couple of questions about her brother.

What seemed to become a focus of some questions was Phil’s eating habits and whether or not he is the hot dog aficionado that Steve Simmons claimed he was. For the fans, she decided to answer that question and the answer shouldn’t really surprise anyone for an elite athlete in today’s world.

This isn’t the ‘80s. Most athletes keep pretty strict diets and we’re sure Kessel has a fitness plan to keep him in game shape. Kessel was later asked by the Pittsburgh Penguins about what hockey-related skill she could beat Phil in every day of the week.

For now though, it appears as if she’s not too focused on eating hot dogs. It’s more about celebrating her winning a gold medal and the party hasn’t stopped yet.