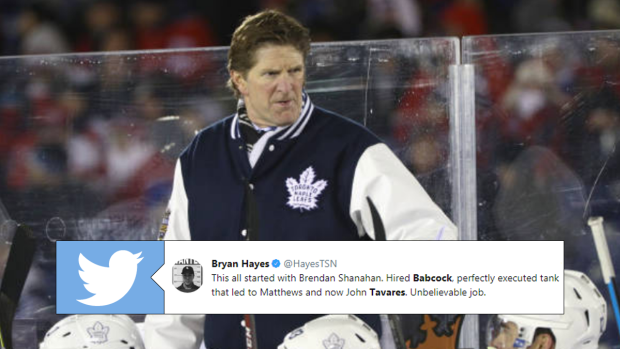 Mike Babcock is one of the most recognizable stone faces around the NHL, but even he was having trouble hiding his excitement over the John Tavares signing with the Toronto Maple Leafs. One of the biggest free agent signings in history officially signed on with his hometown team, immediately making the Buds one of the most dangerous teams in the league.

With Lou Lamoriello and Mark Hunter leaving the Leafs brass this year, people were wondering how processes like free agency would happen. Leafs fans will be much more confident in Kyle Dubas as the helm moving forward.

You can offer money and offer lifestyle, but one of the most influential factors in wooing a player is to have a team on the ice with potential for big success.

Apparently Tavares liked what he saw.