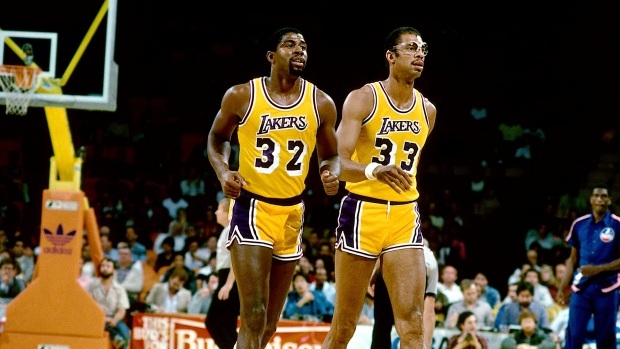 The era of Magic Johnson in the Lakers’ front office may have ended in controversial fashion, but the legacy that Magic leaves behind in L.A. is still intact. The Showtime-era Lakers of the 1980s were one of the most popular basketball teams of their time, led by Magic Johnson and Kareem Abdul-Jabbar.

It’s getting the TV treatment. According to The Hollywood Reporter, Adam McKay is working with HBO on a new series based on Jeff Pearlman’s book about the Showtime Lakers.

McKay and Kevin Messick will executive produce for the former's currently unnamed new company. McKay will also direct the pilot, which is already exploring casting options for actors to take on the roles of former NBA favorites Magic Johnson, Kareem Abdul-Jabbar and head coach Pat Riley ...

"Jeff Pearlman's book and Max Borenstein's script of the story of the Showtime Lakers really knocked me over. Sexism, racism, tragedy, redemption, no-look passes and a giant cultural shift in America... I can’t wait to start filming," McKay said Tuesday in a statement.

McKay is known for his films with Will Ferrell (Anchorman, Talladega Nights, Step Brothers and The Other Guys), as well as The Big Short and Vice more recently.