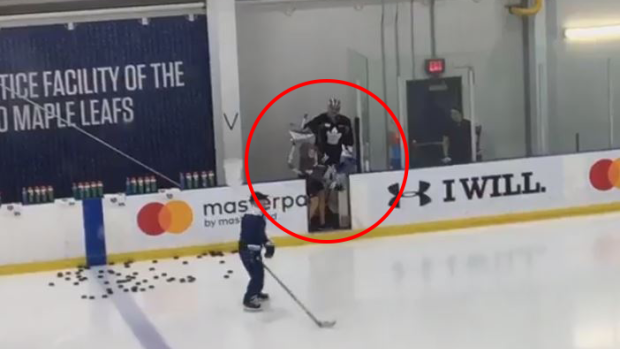 Maple Leafs goaltender Frederik Andersen is familiar with having players screen him in the crease, but he isn't quite used to having his own teammates blocking his entrance onto the ice.

Friday during the Leafs' morning practice, William Nylander was so preoccupied with shooting pucks from inside the bench, he didn't realize he was standing directly in Andersen's way. A little tap from Andersen solved that problem.

It may seem like the Leafs netminder was interrupting Nylander's unorthodox shooting drill., but in reality Andersen was just helping the young winger work on his spatial awareness.