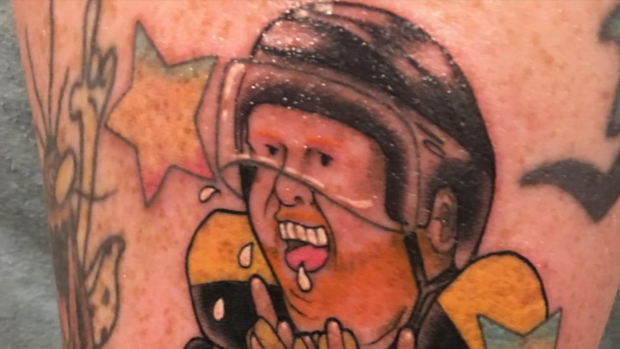 Over the years, we've seen some awesome and some awful tattoos from players and fans.

It's official. The #Cowboys need to draft a #CB at 28. Anthony Brown's tattoo is release-worthy. pic.twitter.com/LhnwV0IEXu

Rather than focusing on the bad, we're going to focus on the good tattoos and over the past year, we've seen some awesome Phil Kessel tattoos fans have had done, all of which incorporate a hot dog.

This tattoo of a Stanley Cup Champion exists. (Via @aaroncheat)

We're pleased to share yet another epic Phil tattoo with the hockey world that might be the best one yet as it features a lot more than one hot dog.

Buddy got a new tattoo...

The multiple hot dogs could be a reference to the incredible picture Kessel took with the Cup this year.

We'll always love every Phil tattoo and for good reason, and we can't imagine what kind of art fans would get if were to win a third straight Cup this season.