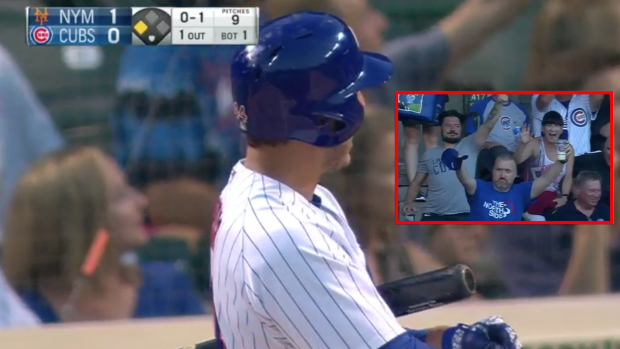 Apparently one of the unwritten rules of being a fan at a baseball game is if a ball lands in your beer, you immediately have to chug it.

Monday night in Chicago, this fan abided by that unwritten rule after an Anthony Rizzo foul ball landed in his drink and as you'll soon see, the cheers from the crowd actually caught Rizzo's attention.

Rizzo seemed to enjoy the catch and chug, and he may have been inspired by it as he proceeded to hit a double to tie the game.

A fan at Wrigley just caught an Anthony Rizzo foul ball IN his cup of beer. Then he chugged the rest of the beer. Then Rizzo doubled to drive in Daniel Murphy.

He also smashed a home run later in the game to help seal a win for the Cubs, their sixth-straight.

You can’t get much hotter than Anthony Rizzo right now. pic.twitter.com/p8evXrPdxJ