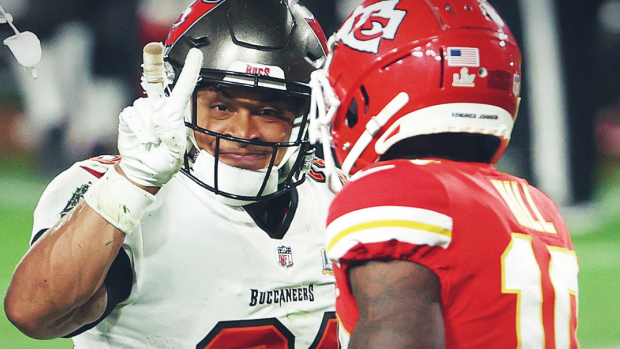 Not two weeks after winning Super Bowl LV with the Tampa Bay Buccaneers, Antoine Winfield Jr. has some new ink of the Lombardi Trophy to celebrate the accomplishment. Of course, when you win it all in your very first year as a pro, why not go all out, right?

.@AntoineWJr11 got some new ink after winning the Super Bowl 🔥 pic.twitter.com/HDvf4QpjNy

Winfield, a second round pick of the Buccaneers in last year’s draft, has definitely shown that he’s a character pretty fast.

After being taunted by Tyreek Hill with the peace sign during their regular season matchup, Winfield returned the taunt on the biggest stage of them all, the Super Bowl.

Obviously, he got the last laugh, too, with a championship ring soon to show for it. As a rookie? Not bad at all.

This championship is twice as meaningful for the Winfield family, as Antoine Winfield Sr. was a 14-year pro in the NFL from 1999 to 2012 who accomplished many things... but not a Super Bowl himself.