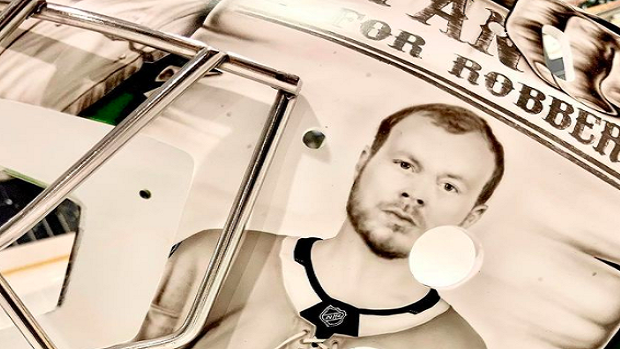 The man known around the NHL as ‘Dobby’ just got a brand new mask put together and, yes, it includes the Harry Potter character with the same name on it, but it also includes his own headshot. No, not a headshot of the character, we’re talking about a headshot of himself.

The mask was designed by Sylabrush’s Sylvie Marsolais and it’s absolutely incredible, but Khudobin has to be the first person in NHL history to have their own headshot incorporated onto their mask, right?

It’s very easy to see why Anton Khudobin is one of the most likeable guys in the NHL.