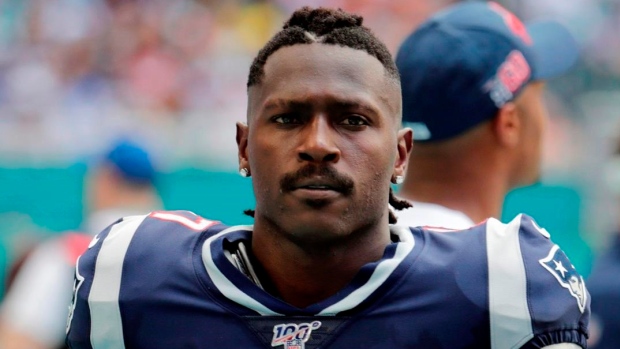 Antonio Brown is still looking for his money from the New England Patriots, but so long as they owe him, he figures he may as well provide the work.

Since he’s currently out of football with seemingly no momentum towards a deal, AB made it known that he wants the Patriots to reach out on his Instagram Live.

Antonio Brown: “[If] you guys follow the Patriots, tell them to call me. They still gotta pay me, so might as well let me earn it.” pic.twitter.com/5NP2sQzyC3

#AntonioBrown still wants to play for the #Patriots 👀

Interesting timing, since Brown recently filed grievances to recoup more than $40 million from the Patriots and Raiders. Seems a little unlikely that the Pats would be interested in bringing him back on right now!

With that said, some of Brown’s former Patriots teammates — including Tom Brady — may be on board with working him back into the field. Not everybody was pleased with the way that the wide receiver was forced out of the organization, and he can certainly do things on a practice field that others can’t.