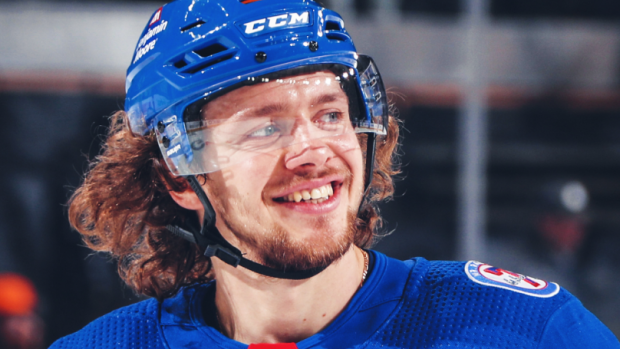 Artemi Panarin is one of the most likeable personalities around the NHL. While entertaining fans with his world class play, Breadman is just as entertaining in the way he speaks and the way he behaves off the ice.

On Sunday, we were treated to another classic Breadman story when he was asked whether his New York Rangers teammates knew that he would be joining them for Monday’s game against the Los Angeles Kings. He explained that he didn’t know, and the reason why was hilarious.

Just spoke to Artemi Panarin, who said he wasn’t sure if the team knew he was coming today or not because he’s still using the Nokia phone.

The idea that Panarin had a Nokia is so unbelievable that I actually believe him.

But for real, I do actually love NYR. https://t.co/pRbUGvyHli

Bread was asked if the boys knew he was coming to LA.

He said he doesn’t know because he has a Nokia so he’s not in the group chat anymore.

Panarin had been away from the team in the NHL’s COVID-19 health and safety protocol, having last played on December 31st. While the Rangers will no doubt be excited to get their talented offensive threat back, they managed to win three out of their four games played and scored four goals in each of the three wins.

How can you not love this guy?

LEAKED PIC OF ARTEMI PANARIN WITH A NOKIA pic.twitter.com/5mjEplpwns