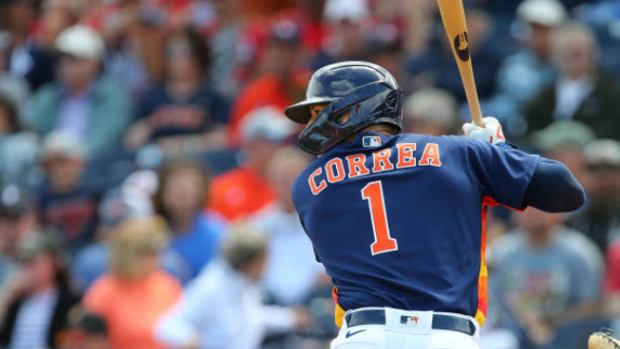 Carlos Correa is one of the bad boys of baseball at the moment as he was a key member in the Houston Astros’ scandal-tarnished 2017 World Series. Him, along with the rest of the Astros players caught using electronics to steal signs, have been the league’s punching bag ever since the punishments were handed out.

Part of the reason the outrage is so high is because fans believe the team and it’s players weren’t punished enough. Maybe an appropriate punishment could be to have them step into the UFC octagon for some fisticuffs?

Carlos Correa would apparently be down!

Houston Astros star Carlos Correa (@TeamCJCorrea) 'would love to cross over into the UFC' (via @MikeBohnMMA) https://t.co/pk8UfwatT3

Hey, if he wants it maybe this would be a great way to please everyone. The real question, would Correa still be down if Aaron Judge – who possibly had AL MVP taken away from him by Correa’s teammate Jose Altuve during the scandal year – were his opponent?