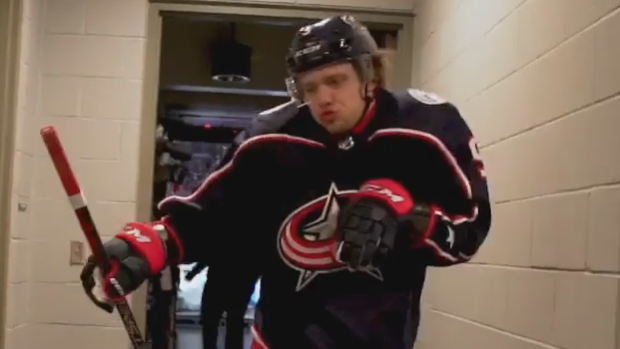 One of the more intriguing storylines to follow this NHL season is how the Columbus Blue Jackets will deal with pending unrestricted free agent Artemi Panarin as the season progresses.

The bread man has gotten off to quite the start by notching 15 points (five goals, 10 assists) in the Blue Jackets' first 10 games into the campaign.

On Saturday night, Panarin tallied two goals in the win, including the overtime winner to give the Blue Jackets a 5-4 victory over the Buffalo Sabres.

Named the game's first star, Panarin celebrated the victory in style by walking back down the tunnel while doing a special dance that was caught on video by the Blue Jackets' social media team.

With the winner, Panarin tied Alexander Mogilny and Ilya Kovalchuk for the 4th most game-winning goals by a Russian-born player within in their first four NHL seasons.

If the Blue Jackets continue to contend this season like many around the league expect them to do, they could be in quite the pickle in with how they handle the bread man's contract. His agent, Dan Milstein, has publically stated that Panarain will not negotiate during the season.

Already in line for a massive contract, Panarain will only continue to drive his price up if he continues to score at the rate he's producing.