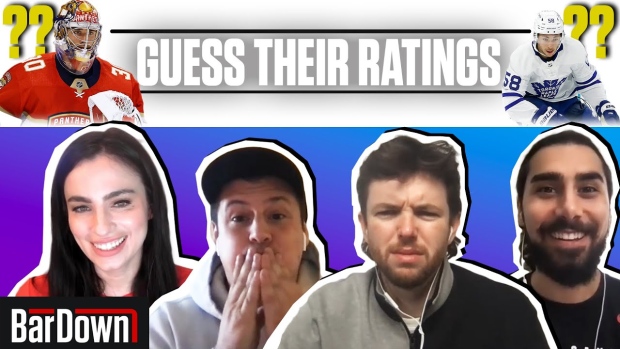 ARE YOU ABLE TO GUESS THEIR NHL22 PLAYER RATINGS??

When it comes to player ratings in NHL 22, it’s usually no surprise to see anyone at the top of the list. C’mon, did you really not think that Connor McDavid would have the highest rating? Obviously not. Yes, some people think it should be higher than 95 but you still know he’s there!

With that said, then what about the lower virtually ranked players? Here’s where things get a little tricky. Don’t get us wrong, they’re just as important as the top 10 but sometimes can be a little tougher to remember.

On this week’s episode of BarDownloadable presented by 7-Eleven, we will be testing how well the team knows some of the lower ratings players in the game.

Which players did you guess correctly?

Let us know in the comments!