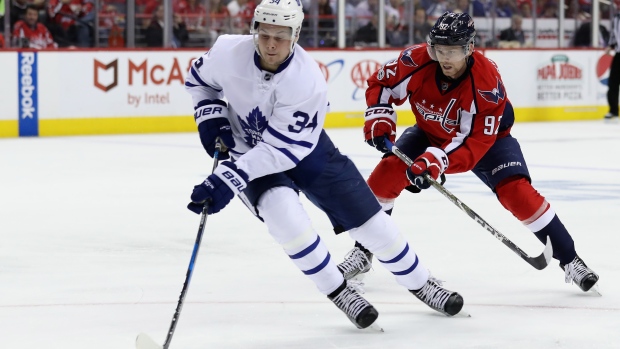 The Hart Trophy is a big deal! But, for players in the pursuit of greatness, it can be a heavy burden to bear. The focus on accolades can be restrictive and become an obsession, which, obviously, could throw anyone off their game.

Evgeny Kuznetsov doesn’t care about that. As he told the Washington Post earlier this week, he just wants to have some fun out there.

“I think [Kuznetsov is] up there with the top five players in the league, and I don’t know, he just doesn’t get the recognition for some reason,” [T.J.] Oshie said.

Kuznetsov smiled as that comment was relayed to him, then was asked whether winning the Hart Trophy, the NHL’s MVP award, is a goal.

“I don’t give [an expletive] about that,” he said. “To be MVP, you have to work hard 365 [days] in a year, but I’m not ready for that. I want to have fun, and I want to make those risky plays when sometimes you don’t have a play and you guys don’t understand every time those plays. It’s not easy to make. But to be MVP in this league, you have to play even better. You have to go next level. It’s not easy. More important, you have to stay focused 365 [days], but that’s not my style.”

The Toronto Maple Leafs are in D.C. for a game against the Washington Capitals today, and another Hart contender, Auston Matthews, was asked about Kuznetsov’s comments, and echoed a similar sentiment.

“Yeah, I read that actually. I loved it. I think a lot of us sometimes, especially us young guys, stray away from that, having fun and we’re all still kids. I mean, that’s why we played the game as long as we have and why the NHL was, obviously, a goal for all of us to accomplish as young kids was because of how much fun we were having on the ice.” -Auston Matthews

Matthews also shared his appreciation of Kuznetsov, describing him as unafraid to get creative and one of his favourite players to watch.

More broadly, hockey players seem to pushing back on the perception that hockey shouldn’t be fun, and many of the NHL’s stars are being more expressive than ever. Just look at Matthews! Between his appearances in GQ and Sharp Magazine, this guy can absolutely wear his personality.

Auston #Matthews will grace the cover of the November 2018 edition of Sharp Magazine. 👀 •• (via @bardown 📷: @sharpmagazine)