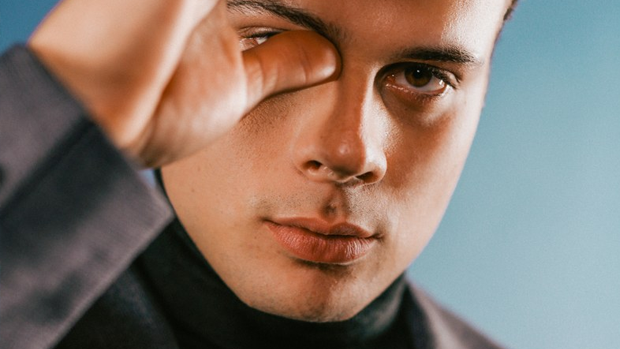 Auston Matthews and Connor McDavid are two faces that will be at the forefront of the NHL for the next decade, and with the help of GQ, they’re starting to show them off to a wider audience.

Hockey players aren’t the athletes that you would normally expect to be the subject of high-fashion interviews, but with a new wave of stars have come a new attitude. Connor McDavid shocked most people by kicking off the “Tunnel Vision” GQ series that is described as “Big-Time Athletes with Big-Time Style” and now Auston Matthews has joined him as the second athlete (Who knew GQ liked hockey so much?).

A lot is discussed including the weirdest time he was ever recognized, followed up by some advice for any women that may want to strike up a conversation:

Is there a moment getting recognized that jumps out to you?
I think the first time I ever got recognized in Toronto was the summer I got drafted and I was in Toronto with my parents. We went and grabbed dinner and I had a hat on and a mom was walking her kid on the street. She stopped, got my attention, and just left her kid in the stroller and asked for a picture. She said, "My husband loves the team. We're so happy to have you." I was just like, "You, out of all people? You noticed me? I haven't even played a game for the team."

Any attention from non-moms?
I'm one of three or four guys on the team who isn't in a relationship. So I get a little bit more attention than some others would. [laughs]

What shouldn't a girl do when she recognizes you?
I don't know, talk about hockey. I talk about it all the time so it's not something I want to talk about, to be honest.

We would assume he would probably say the same thing about men as well, because he probably gets that from them just as much. He clearly has a lot of interests other than hockey and is starting to show more and more that he has interest in talking about them.

He showed off some of his style in a photoshoot and revealed his fashion starter pack:

So style-wise what would be in the Auston Matthews starter pack?
For fragrance, Saint Laurent or Tom Ford. The watch was my first big purchase in my first year. I bought a Rolex Submariner. I had never really owned a nice watch like that and it was a big investment so that's my go-to. I always wear it when I travel with suits and stuff. Louis Vuitton wallets and Louis Vuitton duffels. Bottega Veneta backpacks.