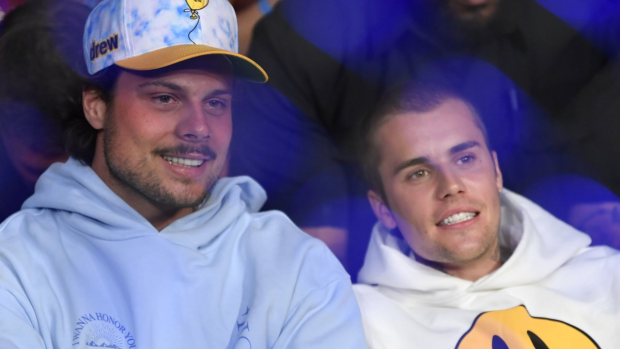 Justin Bieber and Auston Matthews are what you may call a power bromance. They’re both near the top of the game in their respective worlds, with Biebs thriving as a pop music superstar and Matthews thriving as a hockey superstar.

Bieber grew up as a huge Leafs fan, so it’s understandable that he would look to befriend players on the current team. Matthews, on the other hand, is dialed in to the world of music, fashion, and pop culture – also known as Bieber’s kingdoms. It was a match that was meant to be.

In a recent feature story by ESPN’s Emily Kaplan, Matthews revealed some of the roots of his friendship with Bieber. Matthews reflects on when they first began to chat, and went on to follow it up with how profound it was to know someone like Bieber was a fan of him.

In one particular response, Matthews outlines a moment of clarity he had when Bieber suddenly had a suggestion for the Leafs roster.

"When we first started talking and becoming friends and stuff, [Bieber] texted me like, 'We need a D-man. We need a guy like Brian McCabe,'" Matthews says. "I just laughed so hard because it's like, you're no different than the guy on the street that's coming up to me being like, 'Hey, nice to meet you. Can I get a picture? Man, we need a guy ... We need this, we need that.'"

In that moment, the walls of celebrity came tumbling down as Matthews realized Bieber is relatable to regular Leafs fans as well. In that moment, Bieber completely humanized himself to the Leafs superstar, and it undoubtedly helped the two to become closer.

With fans allowed back in attendance north of the border, we’re sure we’ll be seeing Bieber dressed in the blue and white. After all, the season has officially begun!