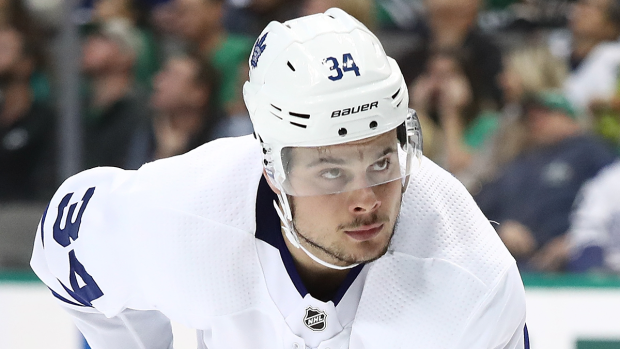 Auston Matthews might be the most popular player in hockey today, so it makes sense that he would have some odd encounters with fans.

Recently Matthews has been sharing a lot of information in the fashion magazine interviews he’s been doing and in the latest, he shared one of those bizarre encounters. Matthews was discussing the pros and cons of playing in a market like Toronto and the dark side of fans came up. It was a story where he was apparently physically threatened by one man.

He had this to say about the encounter in his interview with Sharp:

“Matthews has stood witness to the dark underbelly of Leafs Nation. There’s one unsavoury fan encounter that sticks out in his mind. He was at a restaurant with his father when a 50-something couple, seemingly inebriated, asked him for a selfie. ‘I was like, ‘Sorry, do you mind? I’m eating dinner with my dad right now. If you guys are going to wait around, I’d love to take a picture with you afterwards.’

Following dinner, the male fan approached Matthews again. ‘We took a picture together and he was kind of a dick. He was like, ‘Do you know so-and-so?’ I said no. And he went, ‘Well, he’s going to kick your ass tomorrow.’ And he didn’t mean on the ice. He meant physically — like I was going to get beaten up. I was like, ‘What?’”

Matthews isn’t the only one to have experiences like this. We’ve heard a lot of about McDavid’s encounter with some heckling fans when he was leaving a restaurant during the team’s struggles last year.

No matter how well these players perform, there always seems to be someone that has issue with them.