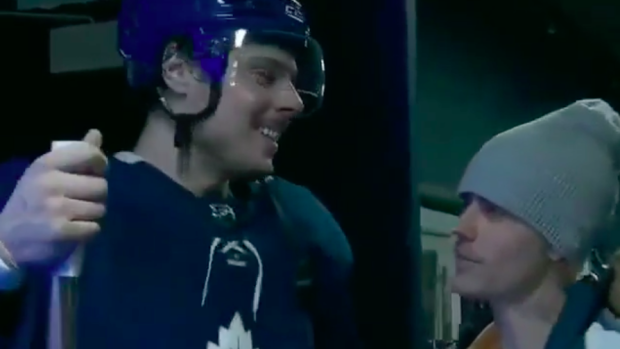 Individualized goal songs are picking up some traction around the NHL, with teams including the San Jose Sharks and the Washington Capitals letting players pick their own goal songs.

What if the Toronto Maple Leafs followed this trend? Well, Auston Matthews knows his song of choice: Close friend of the team Justin Bieber. He would opt for a more classic Bieber tune as well, such as “Baby,” he said on the Spittin Chiclets podcast.

We know Bieber is in pretty tight with the Leafs, even joining the boys for some ice time during the regular season.

What we’re saying is, one way or another, it feels like a matter of time before Biebs is blasting regularly from the speakers at Scotiabank Arena.

Bieber skating with the Leafs 👀 . (Via: @austonmatthews)