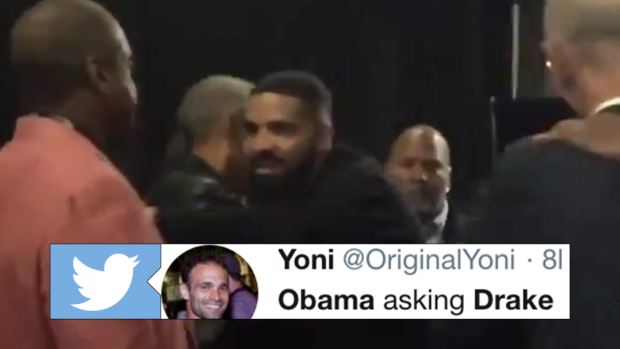 In case you missed it, one of the most influential and recognizable people in the world was at Game 2 of the NBA Finals in Toronto on Sunday night.  The person we're talking about is none other than former President of the United States Barack Obama.

As many know, Obama is a huge hoops fan and he got to see one heck of a Finals game between the last two teams standing and while at the game, he had a funny moment with the Raptors' ambassador, Drake.

Relative to Game 1, Drake definitely behaved himself, partly because the Raptors lost and allowed an 18-0 run in the 3rd quarter that really took the energy out of the building.