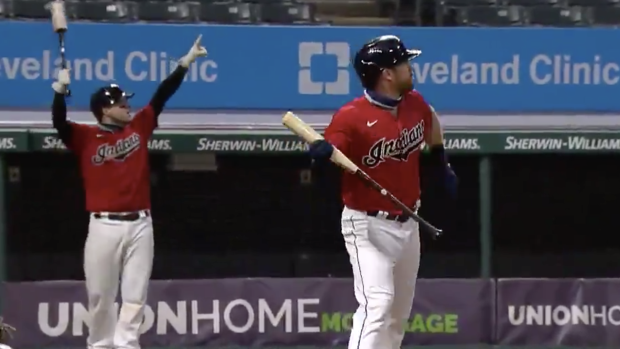 Cleveland has clinched a playoff spot, but that doesn't mean they don't get fired up for a walkoff win.  Wednesday night, for the second straight night, Jordan Luplow walked it off for Cleveland and his most recent walk-off homer produced a bat throw of EPIC proportions.

Nominating Jordan Luplow as a candidate for best bat flip of the year 🔥 pic.twitter.com/5F7FzOKn4x

If there's one thing better than a bat flip, it's a bat throw!

Jordan with a 🐐 bat toss. The Indians walk it off ... again!