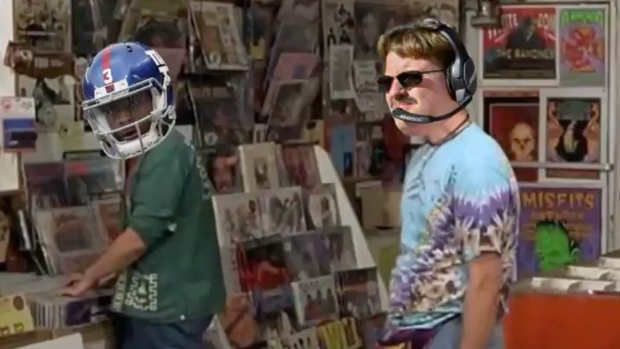 Half Baked , (Courtesy: The Kicker)

The firing of Ben McAdoo has been a long time coming. It’s true that he didn’t have the greatest luck this year, with his dangerous receiving duo of Odell Beckham Jr. and Brandon Marshall falling to injury early in the year, but that doesn’t totally excuse all the decisions he’s made to eventually result in the team’s 2-10 season thus far.

One of the most controversial decisions he made was to bench Eli Manning, the long-time Giants’ quarterback that led them to two Super Bowls and has started every game for them since November 23rd, 2004 (the longest active streak in the NFL). This decision caught the ire of fans, players, and analysts alike and could be thought of as the final straw to McAdoo’s coaching career.

While McAdoo claimed that he would continue coaching as long as his keycard worked, the notion was short lived as he was fired within a day. In a parody done “The Kicker”, a social channel written by the clever minds at SNL, the character assigned to McAdoo is seen awkwardly leaving his place of work insisting that he will not flip out about being fired. Meanwhile, the Giants’ players awkwardly stand by and watch his meltdown with unsurprised bemusement.

Tomorrow's cover: Eli Manning has only one move after the Giants’ disgrace https://t.co/Y775YfV1UC pic.twitter.com/WcEg3WAMcQ

Today's back page: Eli out, Geno in, streak over. And with Manning's @Giants career likely done, there's plenty of blame to go around https://t.co/aEUgk5YoDK pic.twitter.com/BBo5XujXzb

The @Giants are closing the book of Eli

WATCH: Eli Manning reacts to the announcement that he will not start on Sunday pic.twitter.com/nQoPEcfTl3

Ben McAdoo when he show up to the Giants facility and his key card doesn’t work: pic.twitter.com/GQkNkFtd4t

"Ben McAdoo and Jerry Reese have both been fired"

Oh and by the way, Eli Manning will be back under centre this Sunday.