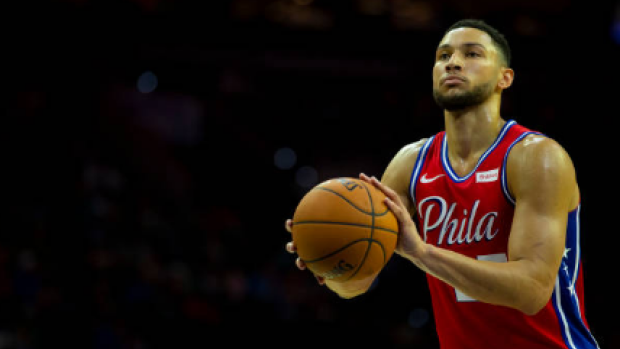 It might not be the regular season and their opponent was a team from China, but Ben Simmons has drained his first-career NBA 3-pointer.

Maligned since he was drafted first overall in 2016 NBA Draft for his lack of long-range shooting ability, Simmonds finally drained a shot from beyond the arc.

And it was nothing but net. Pull up and drainage.

Ben Simmons pulls up from way beyond the arc! #NBAPreseason pic.twitter.com/dg5v9WUZdL

Basketball fans, will you remember where you were on October 8, 2019, when it sort've happened? That wasn't even close to the two-point range, either.

You have to go all the back way when Simmons was with the LSU Tigers when he drained his last three against College of Charleston, one of three career threes in the NCAA.

Through 160 career games and 22 playoff matches in the NBA, Simmons is 0-for-18 from behind the arc.

Embiid is responsible for this glorious moment in NBA history god bless him pic.twitter.com/jmI5kRL5Rf

where were you the night Ben Simmons lost his Three Card

Ben Simmons is a coward for caving into internet bullying

I’ve said it many times and I’ll say it again: if Ben Simmons develops a jump shot, the @76ers will win the NBA Title pic.twitter.com/FJKz74riWn

Simmons spent a good chunk of his summer working on his jumper and three-point shot. While he'll have to prove himself in the NBA regular season against stronger competition, it's definitely a step in the right direction and a huge confidence builder.

If Simmons can become a better shooter, watch out, NBA Eastern Conference.

In an alternate universe, Steven Adams also drained a three in the Thunder and Mavs game.

History was truly made.