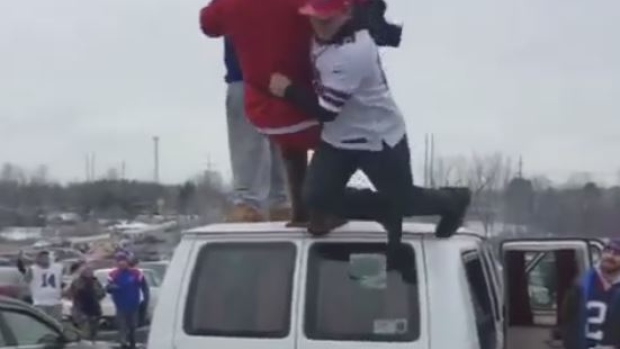 The Bills Mafia has a reputation for putting on the craziest tailgating parties in the league. Christmas came a little early for them with the Bills hosting the Dolphins at New Era Field on Saturday afternoon instead of the usual Sunday affair. Since Christmas is right around the corner, fans were extra cheerful during Saturday’s tailgate and went a little harder than usual since it was their final home game of the season.

There's nothing like spending the holidays with #BillsMafia pic.twitter.com/5uS7b6gIQ4

That was just them getting warmed up, though.

Eagles fans may have the reputation for booing Santa Claus, but Bills Mafia took their hatred for Santa to another level during their insane tailgating party.

Hopefully the Bills Mafia can get their own wrestling organization set up before next season, because they’re going to have a lot of takers to participate in it.