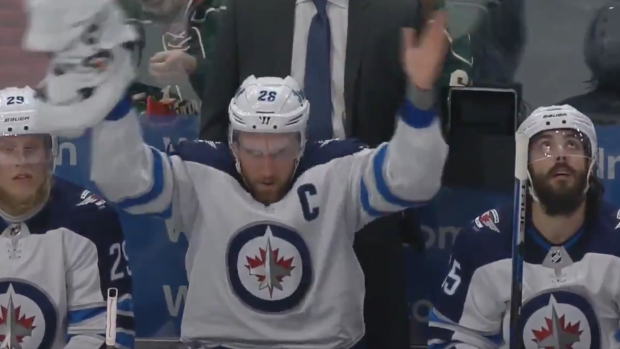 The NFL playoffs have been extremely exciting thus far and we imagine the excitement will carry over into Sunday for the final two games of the divisional round.

The #Eagles top the #Falcons 15-10 to advance to the #NFCChampionship.

On Saturday, the Eagles and Patriots punched their tickets to championship weekend and the Vikings are hoping they can join them with a win over the Saints.

The Vikings host the Saints for the second time this season on Sunday and a victory will get them one win away from playing in the Super Bowl at home.  In other words, it's a huge weekend for football in Minnesota and at the Wild game Saturday night, fans and Blake Wheeler belted out the Skol chant.

Blake Wheeler was born in Minnesota and is clearly ready to cheer on the Vikings in their huge game.