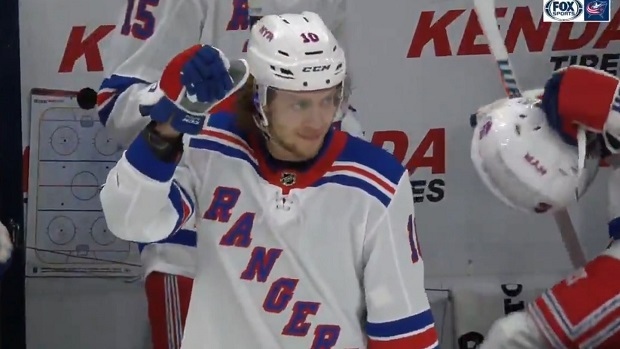 Columbus Blue Jackets fans knew that Artemi Panarin wasn’t going to be a Blue Jacket following the 2018-19 season, so they had some time to prepare for the heartbreak over the offseason.

The 28-year-old agreed to a 7-year, $81.5 million deal with the New York Rangers and on Thursday night he made his first trip back to Columbus with his new team and he got a warmer reception than he probably expected.

A mixture of boos and cheers during the tribute video to Artemi Panarin. I heard more cheers. #CBJ pic.twitter.com/A4fEJ4LQue

Most #CBJ fans got this exactly right. Classy welcome back video from @BlueJacketsNHL as Artemi Panarin returns to Columbus. pic.twitter.com/7HZNTA21xW

Every fan is allowed to feel differently about a player leaving their team for another team, especially when they make it clear well in advance they don’t plan on sticking around after the season.

Oh, he also scored in his return.​