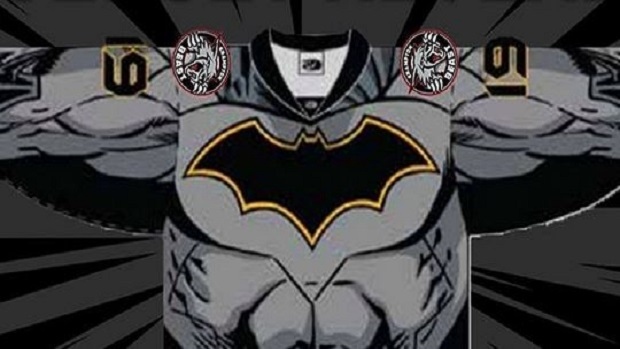 Batman is one of the most popular super heroes of all-time, so it’s pretty safe to say that the Brampton Beast's jerseys for their Batman Night are going to be a hit - and not just among Beast fans.

The team teased their upcoming Batman Night earlier in the week and on Thursday they officially revealed their threads for the contest.

🚨JERSEY REVEAL 🚨 Take a look at the gear we’re wearing as your Brampton Beast take on the persona of Batman and look to defeat the @readingroyals (AKA Joker) at 7:15PM this Saturday. #UPROAR

The Beast will wear the Batman-themed threads on Saturday, December 7, when they host the Reading Royals, and it would have been perfect if the Royals had a Joker-themed jersey ready for the game, as well.

Brampton turns into Gotham City and the Joker (AKA Reading) is on the loose! Only Batman can take him down and restore order to the city! Join us in the fight on Saturday, December 7th at 7:15 PM!
Get your tickets 👇🏻https://t.co/MHxw9zXRqH pic.twitter.com/dqIPC0kl5w

There’s also going to a Batman so kids can get photos with their favourite super hero.