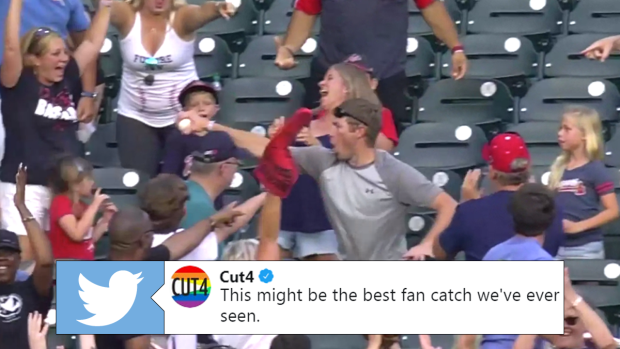 For example, it could be a significant one for the score. A game-tying bomb, and walk-off, or a grand slam come to mind. How about a terrific fan catch, though?

This Atlanta Braves fan proved that, and it also turned out to be a Grand Slam for his team.

We’d say “give that guy a glove”, but apparently he doesn’t need one. How about just a pen to sign that contract?

Someone make that a renaissance painting