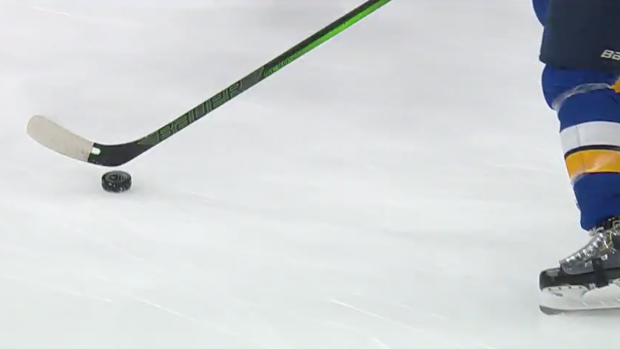 When it comes to hockey sticks, NHL players are meticulous and not afraid to try out some unique twigs.

Thursday night, Brayden Schenn of the St. Louis Blues debuted a stick that we don't have a lot of information on aside from the fact that it...well...has a hole in it.

Hockey sticks are always evolving, and Brayden Schenn became the first player to test the latest and greatest from Bauer — a stick with a hole in it. #stlblues
TV: FSMW | Stream: FSGO pic.twitter.com/UfFPN6M5m2

Schenn was apparently the first player to test out the twig and is one of 8 players that Bauer sent the stick to.  We can't say we've ever seen a stick like this before.

Yes, there was the Reebok 'O' stick, but the holes were on the shaft of the stick, not the blade.

We're intrigued by this unique twig and we're looking forward to seeing who gives it a test run in a game next.